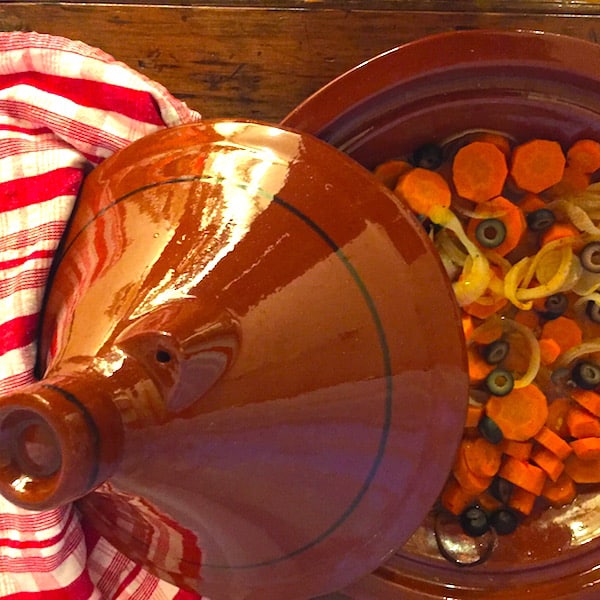 Hi. It's Lois at Recipe Idea Shop, telling you about an interesting, delicious Carrot Tagine I made recently. Don is not a big fan of carrots. For his first few meals when we were in Costa Rica recently, he was served carrots at ever meal! He finally figured out the Spanish word for carrots (las zanahorias) and told the servers not to bring them. That night, this is what I was served as my vegetables (delicious, by the way!), so it was a good thing he specified not to bring carrots: 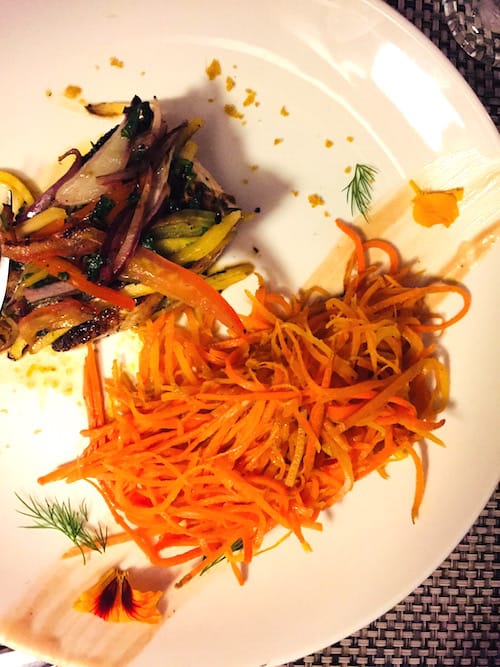 We were served zanahorias (carrots) at nearly every meal in Costa Rica.

A tagine is a covered earthenware pot from northwestern Africa or the Middle East that is used to slow-simmer stew or vegetables. The food, which is also called tagine, is beautifully served in the same pot in which it is cooked. The pot can be used in the oven or on top of the stove (low temperature only using a diffuser).

Cooking in clay greatly enhances the flavor and preserves more of the nutritional value of cooked foods.

As you can imagine, because Don does not like carrots, I made Carrot Tagine on a night that Don was not home. And I loved it. The addition of the black olives was unique and tasty. I highly recommend this recipe, based on a recipe I found in the fabulous culinary encyclopedia, Larousse Gastronomique. 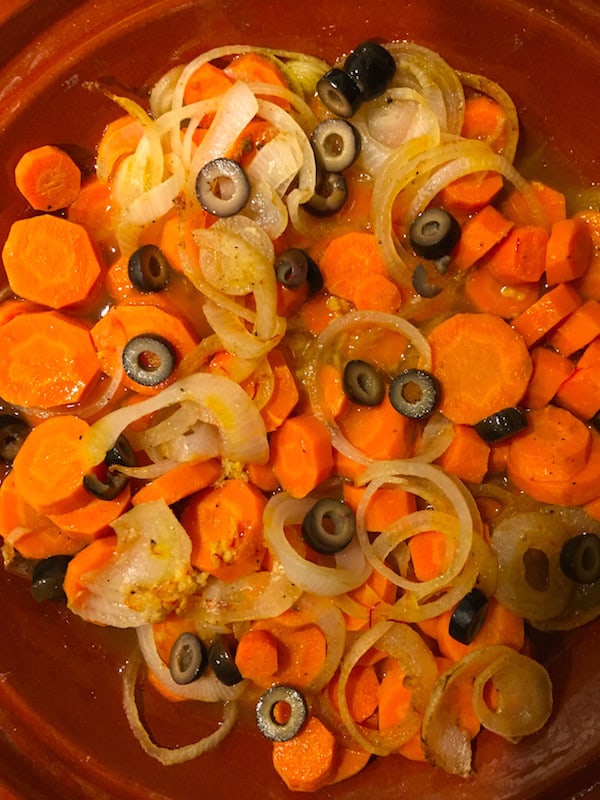 The prep on the recipe only takes a few minutes, and then you bake it at a low temperature (about 250F degrees) for an hour and a half. You can make meat, such as chicken, in it, too, and most recipes do call for a bit of meat for the added protein. There's only a little over 1 gram of protein in this recipe. So I used it as a side dish. Try it with a Baked Potato.

If you don't have a tagine (the clay pot in which it was cooked), you can use a Dutch oven.

You're gonna wanna eat this. 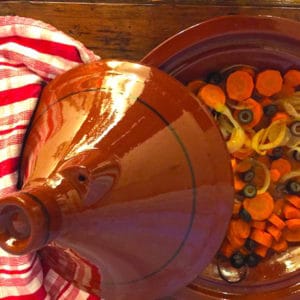 Serving: 1gCalories: 106kcalFat: 7.5g
Tried this recipe?Let us know how it was!

Carrot Tagine Nutrition Label. Each serving is about 1 cup.