Colcannon. Bacon. Potatoes. Cabbage. What could an Irish lass like better (except dancing, of course)? 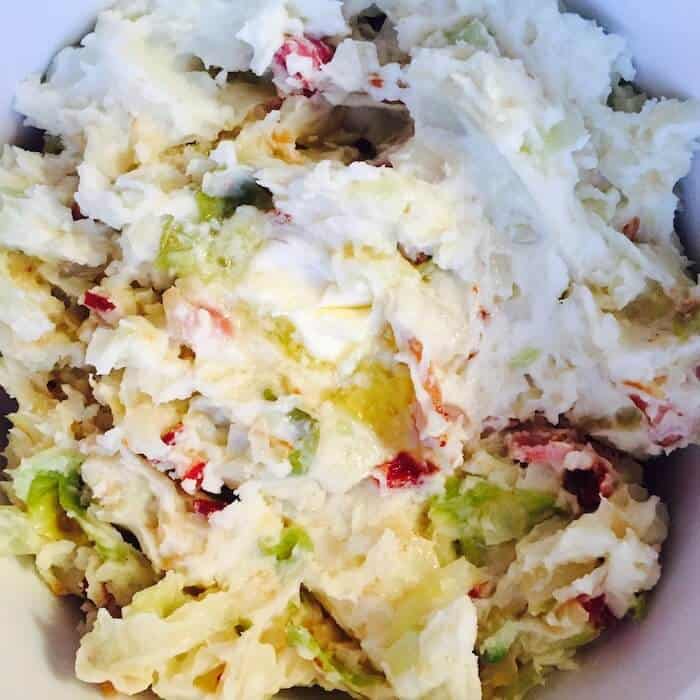 Colcannon, a bowl full of delicious-ness.

Colcannon, an Irish favorite you can make at home.

Have you ever tried Colcannon? I hadn’t until a couple years ago. I’m reposting my tasty recipe just in time for St. Patrick’s Day. This recipe is based on an AllRecipes version called “Diane’s Colcannon.” When I saw the ingredients, I decided I would have to try it. Of course, I made the Colcannon my way—meaning I changed it a bit.

It looked delicious. And it was. Because. Bacon! Bacon makes everything better in my humble opinion. Really, I could be vegetarian if it wasn’t for bacon (and pork, in general). I heard a guy once say, “I’m a pork-i-tarian.” I can identify with that statement. All other meats, poultry and fish would be much easier to give up. 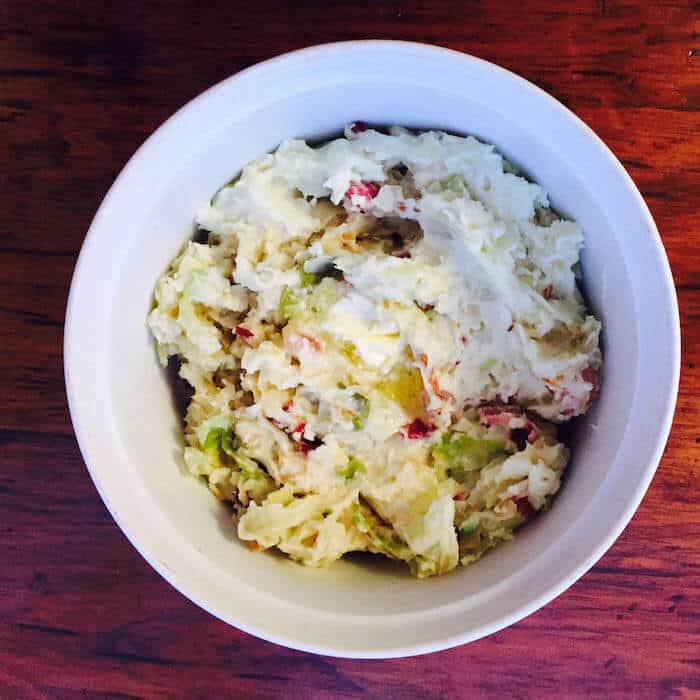 I asked my Irish friend if this dish was something people from Ireland make and she told me it was an American Irish dish. However, when I looked for the history of colcannon online, I found several websites saying colcannon is a traditional Irish food, including this description on Food Timeline:

Potatoes were introduced to to Europe by 16th century explorers. … Originally an Irish dish of boiled potatoes and cabbage or kale mashed together and flavoured with onion, shallots, or leeks and cream or butter…The word ‘colcannon‘ is from the Gaelic cal ceannann’ which literally means white-headed cabbage.

Either way, I found it quite tasty. I know you’re gonna wanna eat this colcannon. When you make it, please let us know how you like it by posting a comment.

For this recipe, you will need a good skillet and a pot, a knife, cutting board, measuring cups and measuring spoons. You’ll also want a pretty dish in which to serve it, right? Whatever you buy, buy the best you can afford. You’ll never be sorry if you buy quality tools. 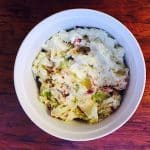 Affiliate Disclosure: Many of the links included throughout Recipe Idea Shop are affiliate links, which means if you follow them and you buy something, we will get a small commission. It doesn’t cost you a penny more, and you can still use your Amazon Prime account to buy. Don and I love our Amazon Prime account. This posting includes affiliate links.

Colcannon Nutrition Label. Each serving is about 3/4 cup.

WHAT’S NOT TO LOVE?

Trust me, you’re gonna love this recipe. Up your recipe repertoire. Add this recipe to your collection. But don’t stop there…subscribe to our email newsletter and get a free cookbook and a printable grocery shopping list. 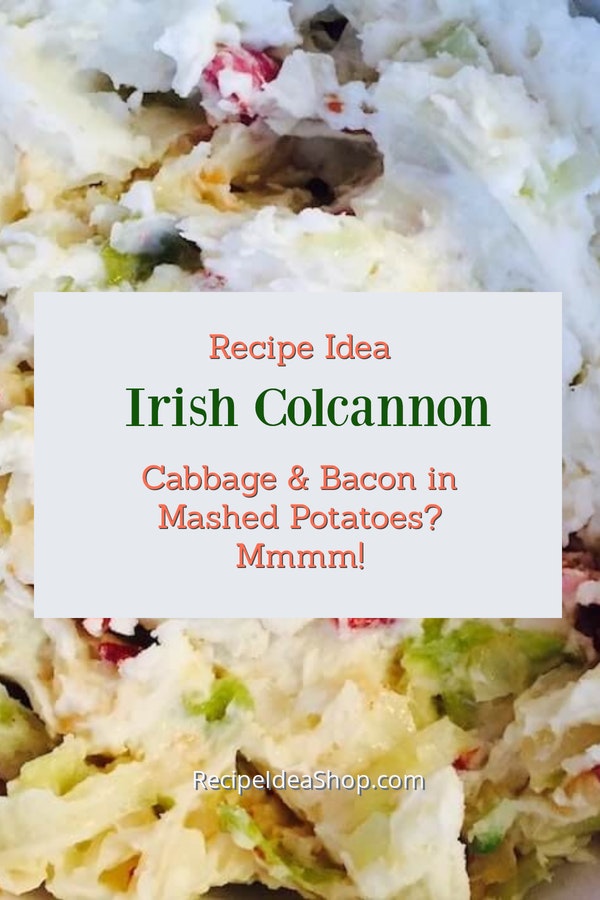 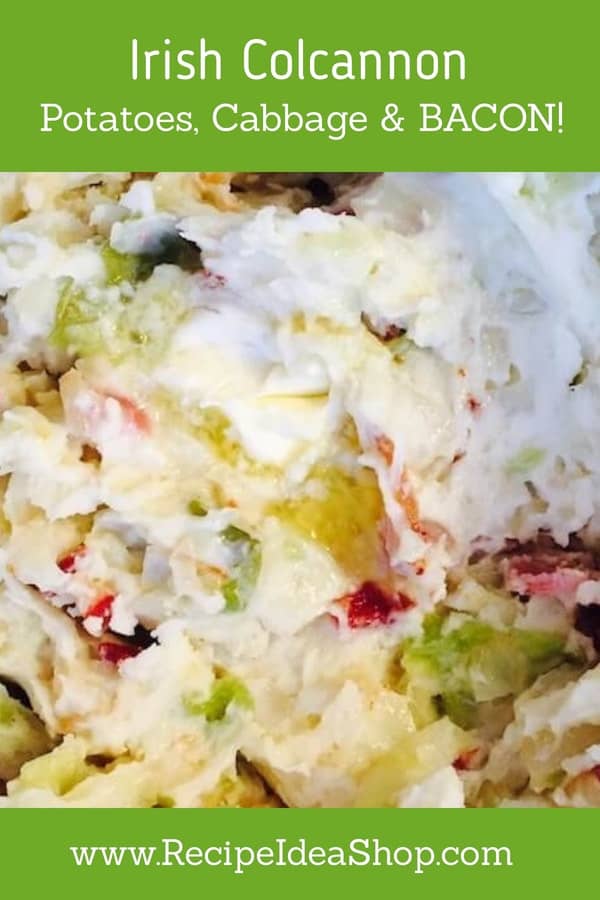 BEFORE YOU GO, DID YOU GRAB YOUR FREE COOKBOOK?

We are a participant in the Amazon Services LLC Associates Program, an affiliate advertising program designed to provide a means for us to earn fees by linking to Amazon.com and affiliated sites. Please read our Full Disclosure.