Spiral Cut Slow Cooker Ham is one of the easiest ways to make a juicy ham. 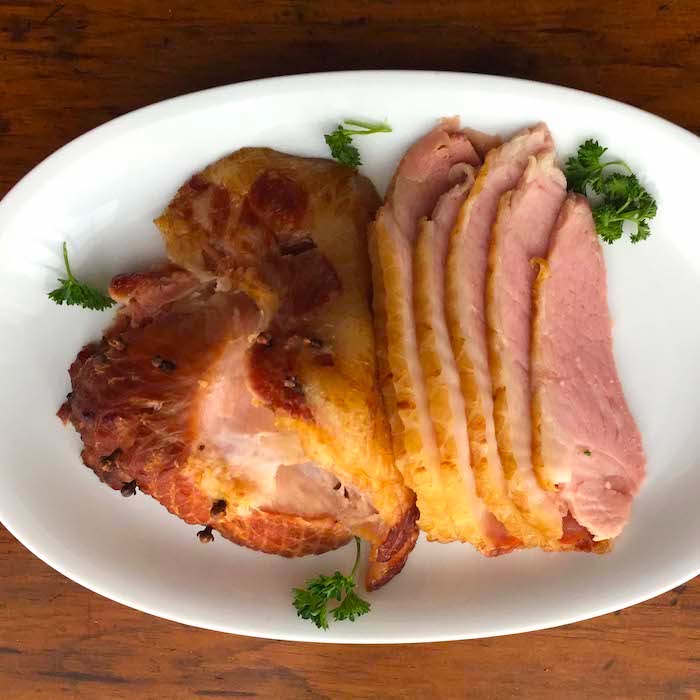 Slow Cooker Ham is so easy.

Next Sunday is Easter and in our house, we either have Spiral Cut Slow Cooker Ham, Baked Ham, or some kind of lamb for this holiday. Occasionally, we have a baked Turkey. What do you serve?

If you need to cook your ham while you are away from your house, a slow cooker is a terrific option. I would aim for cooking it about 6 hours, but I have tried it and it’s still moist and delicious after 8 hours. If you will be away for longer than 8 hours, I suggest you use a programmable slow cooker (affiliate link).

Do You Celebrate Easter?

Although I became a Quaker (member of the Religious Society of Friends) many years ago, I grew up in the United Methodist Church, where Easter is a big deal. Not so much for Quakers. Many Quakers do believe in Jesus, revere him as a prophet, and generally follow his teachings. Quakers do not have a specific creed. We do believe:

There is generally no special Easter service at the Quaker Meetinghouse, however. But this year because most of our congregation is now vaccinated against COVID-19, we will begin worshipping again on Easter (outside, weather permitting).

Don and I continue to celebrate Easter in a low-key kind of way by having a more elegant meal, such as Spiral Cut Slow Cooker Ham, for the holiday’s supper. It is moist, tender, salty and sweet. I think it’s my favorite way to make ham. Easy. Tasty. Bam!

We will make some Hard Boiled Eggs, but we don’t bother to dye them. Instead, we will make Deviled Eggs as an appetizer.

Making a ham in a slow cooker requires only a few ingredients. Since the ham is precooked, all you need to do is warm it up. I never use the package of glaze included with a ham, however. It is filled with all sorts of things I don’t want to eat.

Step 2:  So Easy I Forgot to Take In-Process Pictures

The recipe says to put the brown sugar in the pot and the am on top of it. But you can do it the other way around. Whether you place the ham in the pot cut-side down or cut-side up, it doesn’t matter. Poke some whole cloves in, sprinkle with brown sugar. Add pineapple if you want. Cover and turn the pot on low. Cook for 30 minutes a pound on low or 20 minutes a pound on high. So a 5-pound ham will take about 2.5 hours on low or a little under two hours on high. 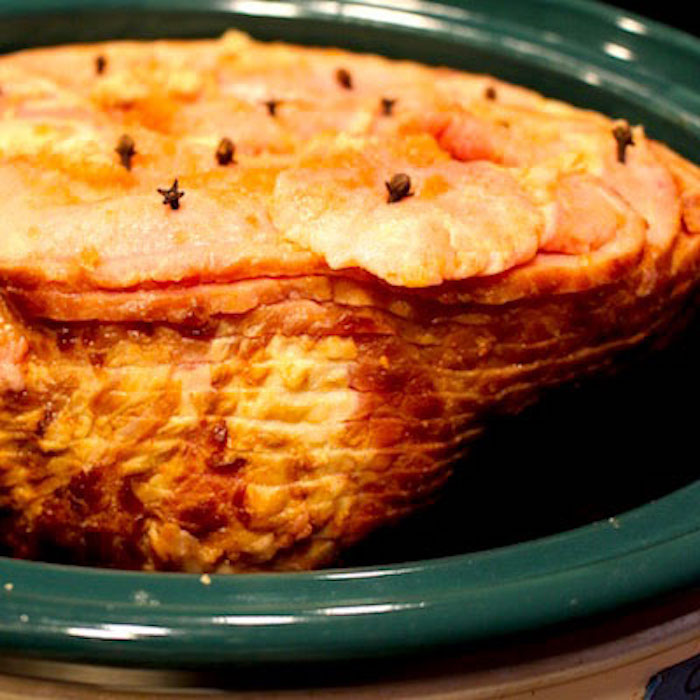 Cut off as many slices as you wish to serve and arrange it on a platter. Save the bone to use in beans or soup. 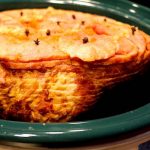 Moist, sweet and salty, you can’t beat this ham.

Affiliate Disclosure: This website may contain affiliate marketing links, which means we may get paid commission on sales of those products or services we write about, including Amazon. Editorial content is not influenced by advertisers or affiliate partnerships. This disclosure is provided in accordance with the Federal Trade Commission’s 16 CFR § 255.5: Guides Concerning the Use of Endorsements and Testimonials in Advertising 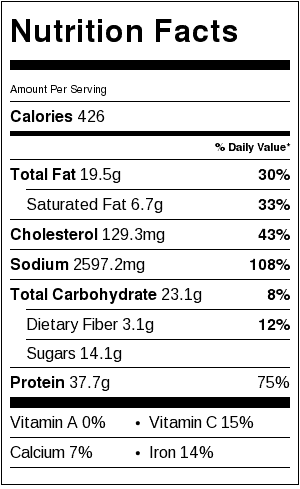 You May Like These Recipes & Posts From Recipe Idea Shop

SIGN UP FOR UPDATES TO GET TIPS, RECIPES & FREE GIFTS

Trust me, you’re gonna love our recipes and healthy, happy posts. Sign up for our email updates to get free gifts, recipes, happy thoughts, and tips for identifying and avoiding foods that are sabotaging your health. 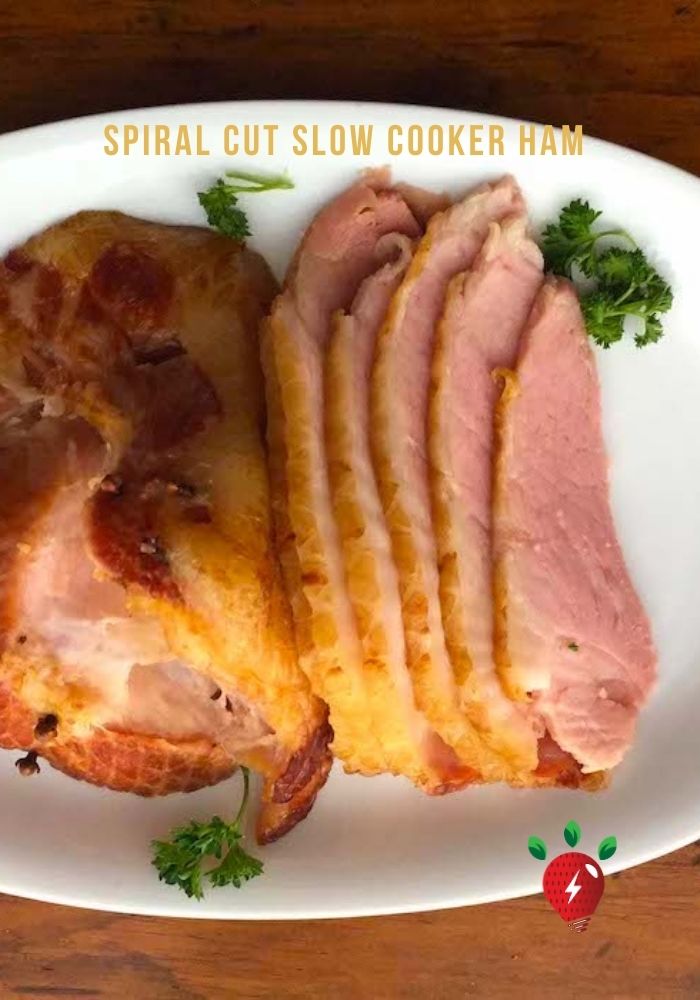 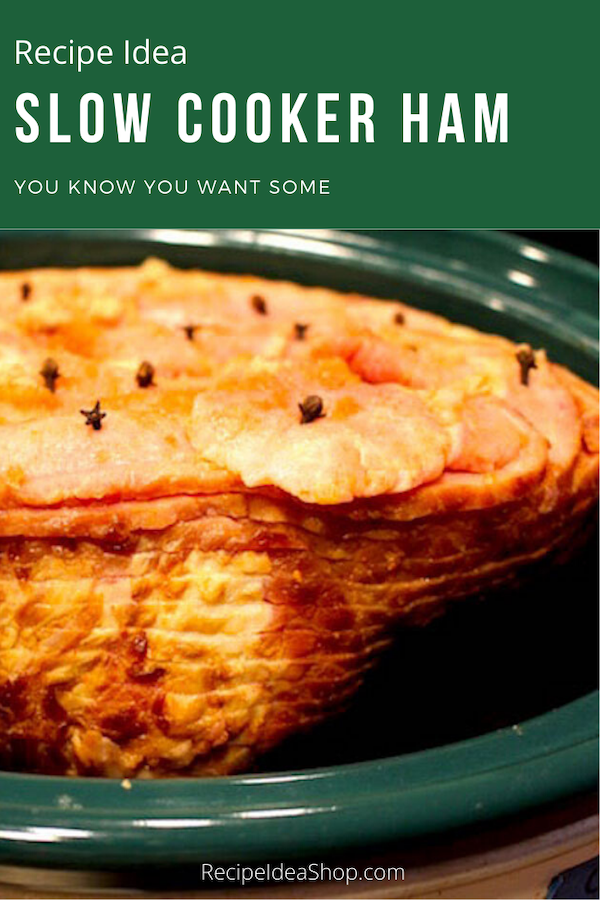 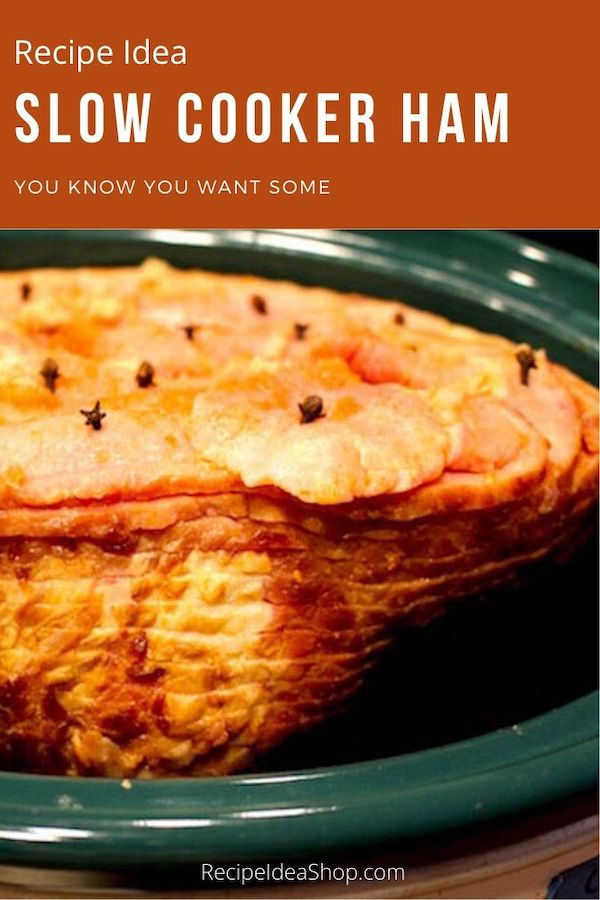 Note: If you have serious allergies or sensitivities, to be considered free of these allergens, you need to use products specifically marked “gluten free,” etc. There can be cross-contamination in facilities.