Homemade Vanilla Pudding (our family calls it Jackie's Pudding) doesn't have to be hard to make. And it is OH! So good! 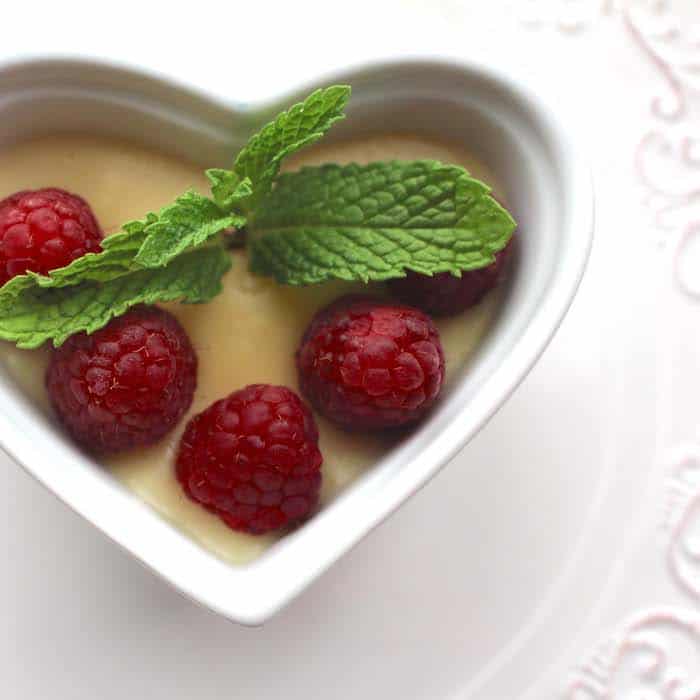 Don here telling you about our family's delicious Homemade Vanilla Pudding (AKA Jackie's Pudding). I'm reposting the recipe because Sunday is Valentine's Day, and this is such a beautiful, scrumptious dessert. This pudding is a creamy, not-too-sweet homemade pudding that you cook slowly on top of the stove. It is easy, but you have to stir it constantly until it thickens to the right consistency. Serve it alone or with berries and whipped cream.

It's also good in a pie. Step by step instructions in the recipe practically insure no curdling. Comfort food with a healthy twist (in this case, the healthy part is limiting the amount you eat!). For more information about the history of this recipe, scroll to the bottom of the post.

Equipment you will need includes a heavy bottom sauce pan or double boiler (affiliate link), wooden spoon, measuring cups, measuring spoons, serving bowls or ramekins (or a pie plate if you are using it for a pie) and plastic wrap. But what you really want is a great coffee maker or espresso machine and some beautiful dinnerware (affiliate link), am I right? 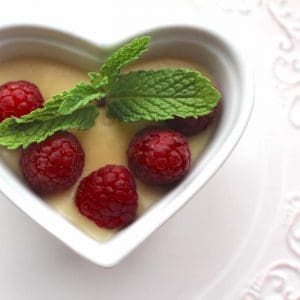 If You Want To Make Pudding (Not Pie)

If You Want To Make Pie

Serving: 1/2 cupCalories: 162kcal
Tried this recipe?Let us know how it was! 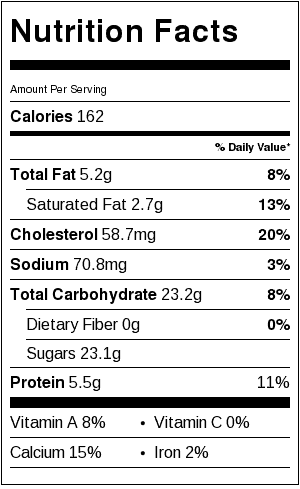 Homemade Vanilla Pudding (AKA Jackie's Pudding) Nutrition Label. Each serving is about ½ cup. 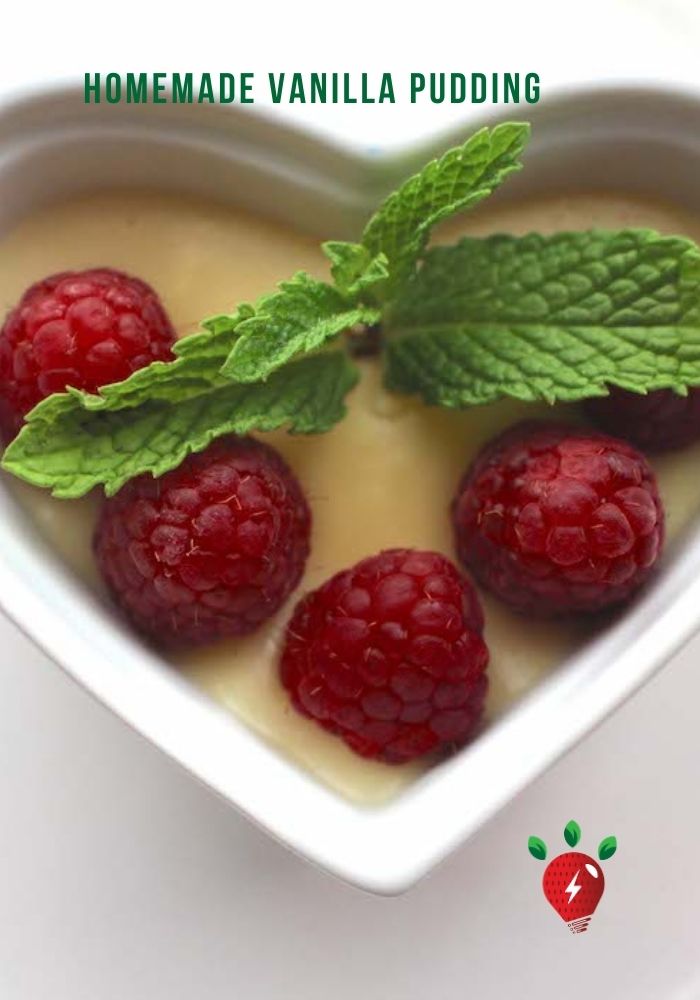 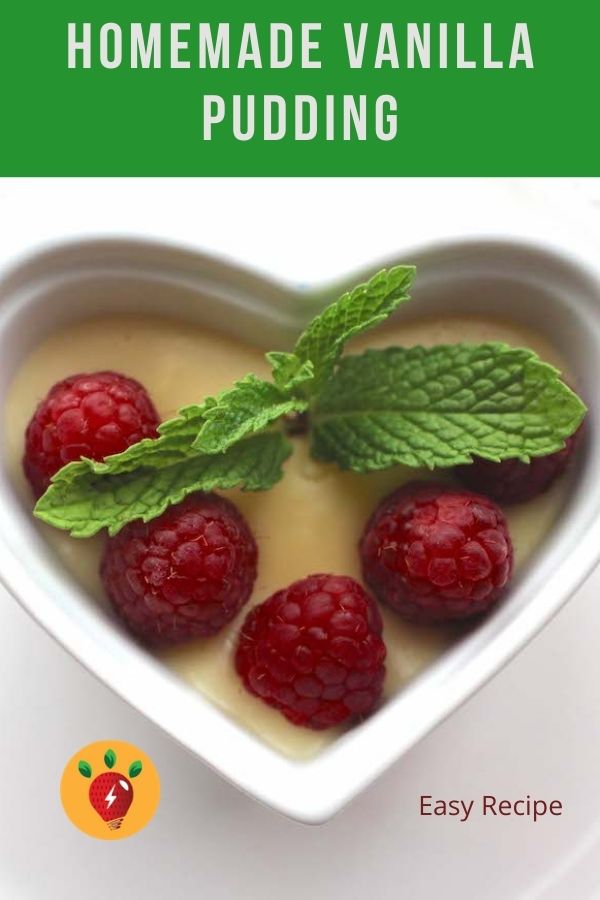 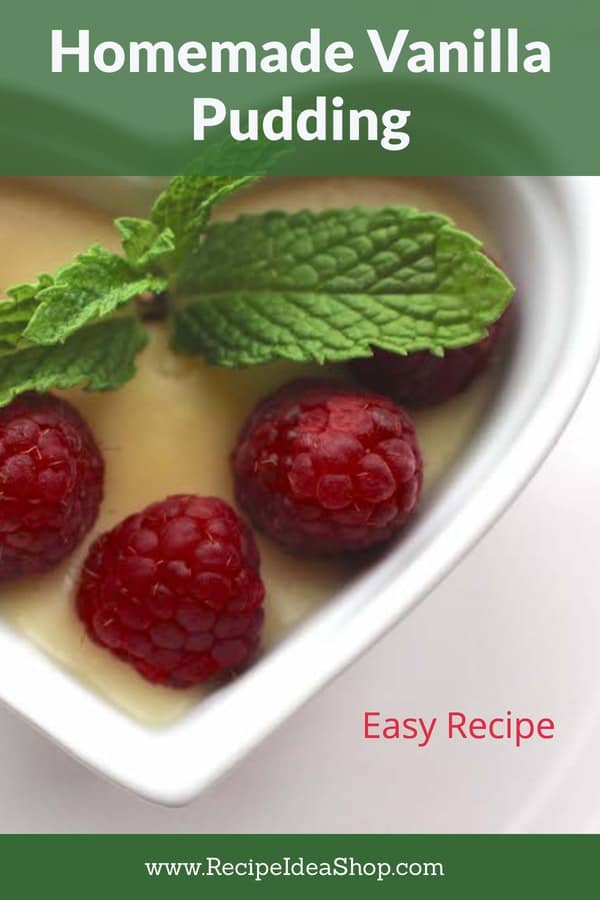 In the first œin-law family I had there were 4 children. My mother-in-law was the oldest and her brother Jack was the youngest. They grew up in a time when household help was common in the northern suburbs of Chicago. Their cook was Fanny. And a great lady she was. When I met her, she was well into retirement.

As the Holden children were growing up, each had a favorite dish that Fanny made. Jack's was this Homemade Vanilla Pudding. Hence the family's name for it, Jackie's Pudding. I'd like to say I learned how to make it from Fanny herself, but it was my first wife Pam who carried on the tradition of making Homemade Vanilla Pudding AKA Jackie's Pudding for her uncle Jack. I learned to make it from her.

The recipe serves 4, there were four siblings, after all! Lois and I use this pudding recipe for vanilla pudding, pie and Chocolate Eclaire Cake. It's terrific!