Bread Pudding with Bourbon Sauce. Amazing. My favorite way to use leftover bread. 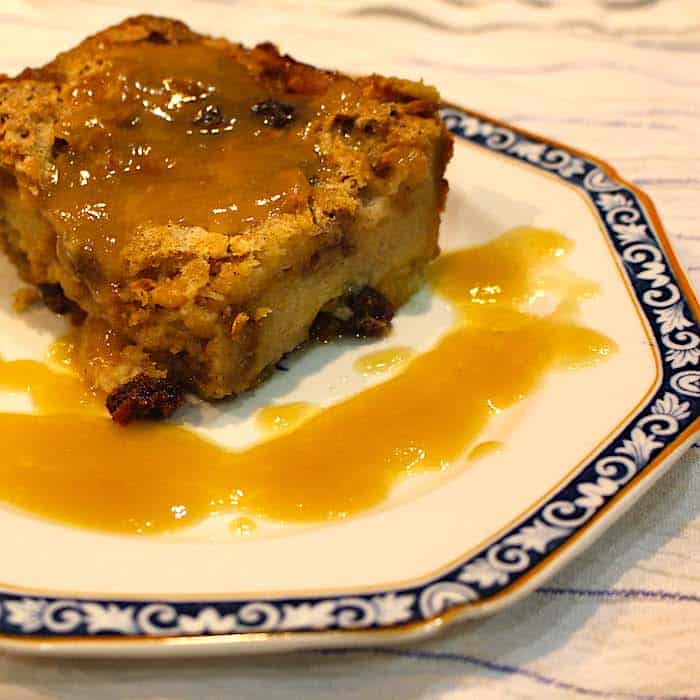 Hi. It's Lois in the kitchen at Recipe Idea Shop, telling you about the best Bread Pudding I have ever eaten. I'm reposting this recipe because tomorrow is Kentucky Derby Day. And we all know that calls for a little bourbon.

The first time I made it, Don and I had entertained several neighbors and friends. Most people brought food or drink to share. Two guests brought French Bread (and they didn’t take it home with them) so there was more than a bit left over.

Show your family some love and make this for Derby Day or Sunday supper. 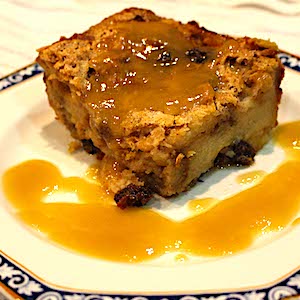 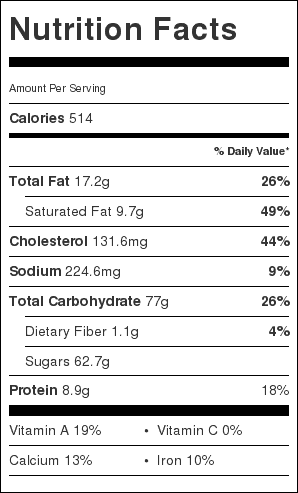 Bread Pudding with Bourbon Sauce Nutrition Label. Each serving is about 2 ½" x 3". 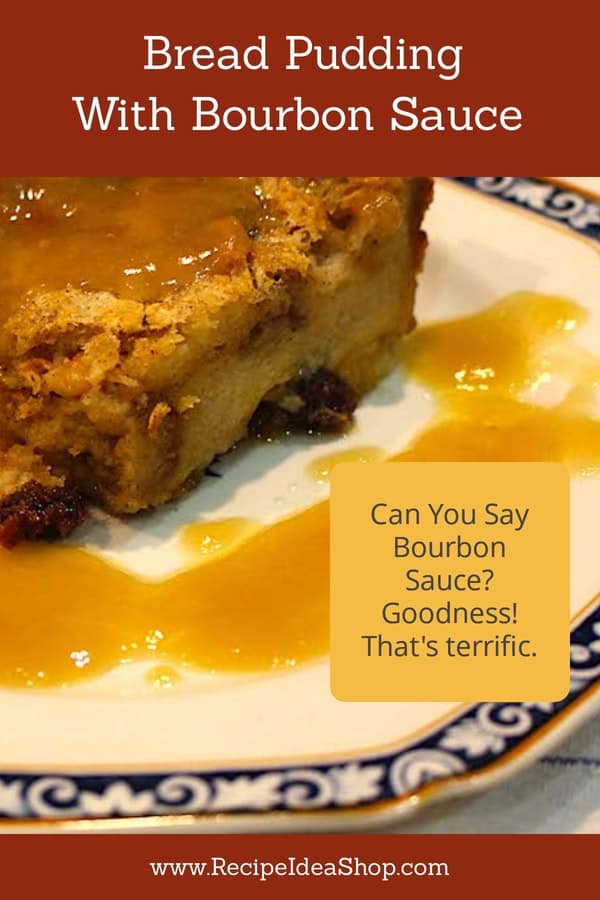