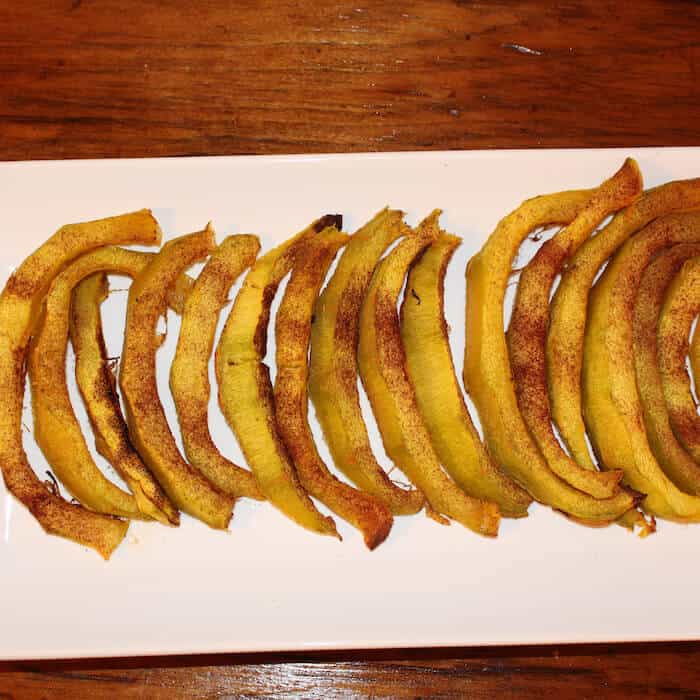 Don here. Over the years, we have really enjoyed the CSA (community sponsored agriculture) subscription from Seasons Bounty Farm. Every fall the crates include pumpkins. Not the huge things we see alongside the road, ready to be carved into Jack-O-Lanterns. Smallish, very round pumpkins, about 2 pounds each. 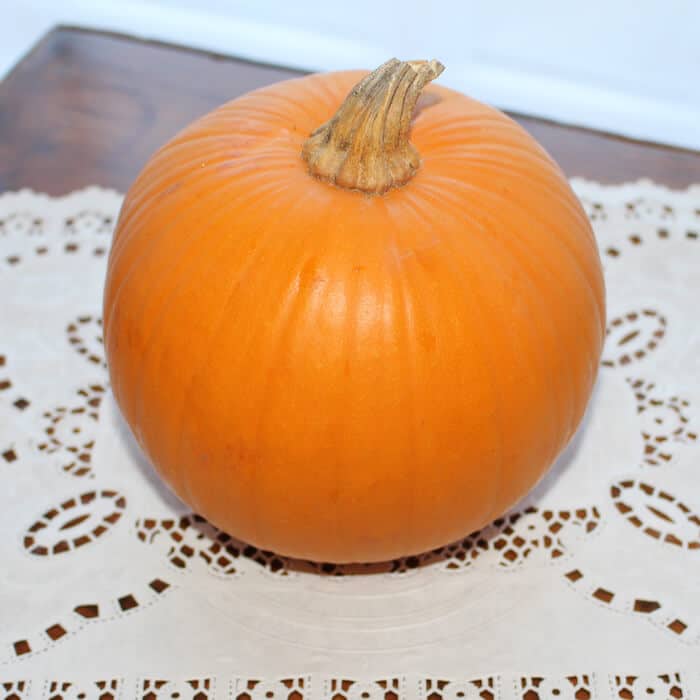 Look at the beautiful pie pumpkin.

Pumpkin is a Squash, Afterall

Having never done much with fresh pumpkin, we wondered what creative thing could be had from such a small one. Well, small is relative. Seems those 2 pound pumpkins yield about a pound of cooked pumpkin, just right for a pie. The common way to cook pumpkin is to simmer it slowly in its own juice in a heavy bottom, covered pot.

Since I'm a radical when it comes to cooking, I threw caution to the wind and decided to roast it. After all, pumpkin is just a squash, and we have been enjoying roasted squash all season. The result is a tender, tasty morsel of pumpkin just right to nibble on or use in a pumpkin pie. To make it a little different, I sprinkled it with cinnamon and sugar. And it was delightful enough to eat for dessert.

We also froze some and then used it in an amazing Roasted Pumpkin Pie.

Check out the recipe... 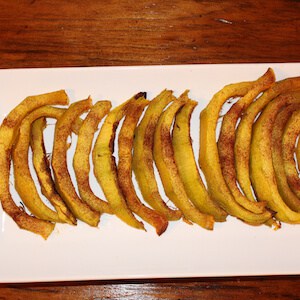 NOTE: Store the slices in the refrigerator if they will be used in a few days otherwise you can freeze them for use later.
Tried this recipe?Let us know how it was!