Hi. It’s Lois at Recipe Idea Shop, telling you How To Make Whipped Cream. It’s a handy thing to know, and oh! So easy. Just a dollop of it turns an average dessert into a spectacular one. It’s terrific on cakes, pies and plain old apples. 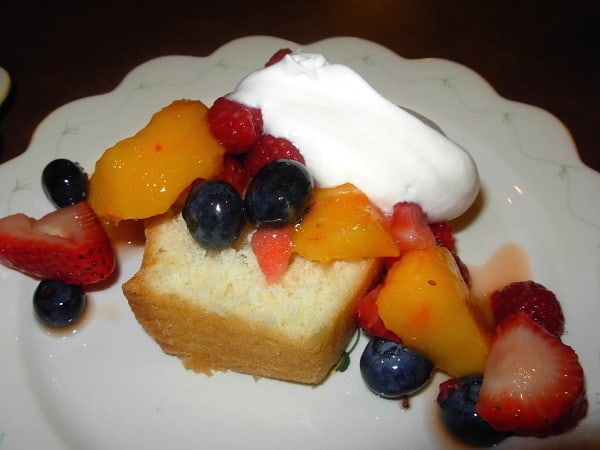 When making Whipped Cream, the main thing to remember is not to whip it too long or it will magically turn into butter. I saw that happen in the kitchen of the dorm where I worked during college. One of the students was supposed to be making it in the big, industrial mixer, and it all turned to sweet butter.

I think it was about five gallons of liquid heavy cream that was ruined. I’m sure the cooks ended up using it in a dessert. They would never throw out that much butter. It was fascinating to watch, though. I was glad I wasn’t doing it. I just happened to walk past it. The student had started the mixer and walked away. And it only takes that extra 30 seconds to turn it to butter.

Using a hand beater or an electric beater, you can make this whipped topping in about 5 minutes.

We are a participant in the Amazon Services LLC Associates Program, an affiliate advertising program designed to provide a means for us to earn fees by linking to Amazon.com and affiliated sites. Please read our Full Disclosure.

In the meantime, did you subscribe to get the free gifts?