Apple Brown Betty is an apple pie without the crust. The recipe was developed during America's colonial times and has survived, so it must be good! 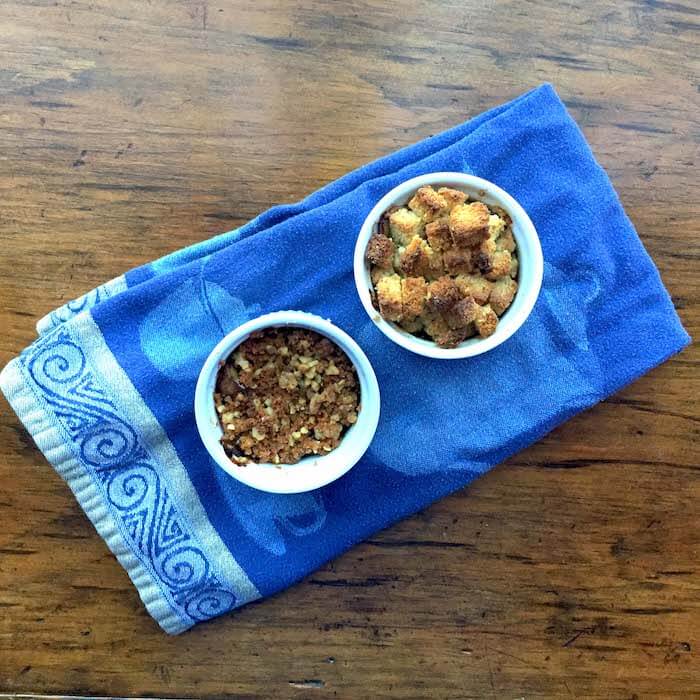 Apple Brown Betty, like apple pie without the crust. Make is gluten free or not GF, and it's super tasty.

October is National Apple Month and  October 5 is Apple Brown Betty Day, both good excuses for making this sweet dessert. Brown Betty is a traditional way to serve fruit dessert, Apple Brown Betty, Blueberry Brown Betty, Peach Brown Betty, you get the idea. It's similar to a fruit pie but much simpler since you won't need to make a crust. The top crust is made from small cubes of bread, toasted in butter, with walnuts added.

Just about any good bread will do for the topping. You can even use homemade Gluten Free White Bread. In the next section I tell you how Apple Brown Betty got its name.

How Did Apple Brown Betty Get Its Name?

Consensus seems to be that a woman named Betty created it and it was the color of her skin, rather than the color of the dessert, that helped determine the name. Here's something I found on Quora, written by Aaron Percefull:

"The story behind this classic dessert is somewhat nebulous. The Oxford Companion to Fooddeduced [says] that there was in fact a real 'Betty' of African-American descent for which the dish is named. It is believed that "brown" wasn't referring to the dish, but to the cook herself, who may have been of mixed racial background. During colonial times it was common to name desserts after people, and there is further speculation that this Betty might have been a slave. The recipe, made from Granny Smith apples, lemon juice, sugar, sandwich bread, butter, cinnamon, and brown sugar, was first published in the Yale Literary Magazine as 'brown Betty' in 1864."

Serve it after a supper of good-for-you Green Salad, Smokin Butternut Squash Soup and Homemade French Bread. Now, that would be a great dinner!

This one's simple. I used a knife, cutting board, small food processor, cast iron frying pan, and a beautiful pie plate and server. Sometimes I use individual ramekins (affiliate link) instead of a pie plate. 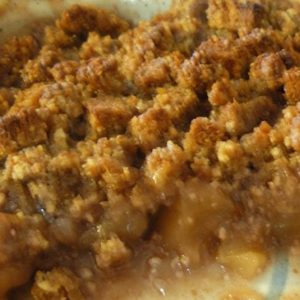 For a gluten-free version substitute gluten free panko bread crumbs for the cubed wheat bread.
Keyword Apple Brown Betty, apple pie
Tried this recipe?Let us know how it was!

Apple Brown Betty Nutrition Label. Each serving is one-eighth the recipe, or about ½ cup. 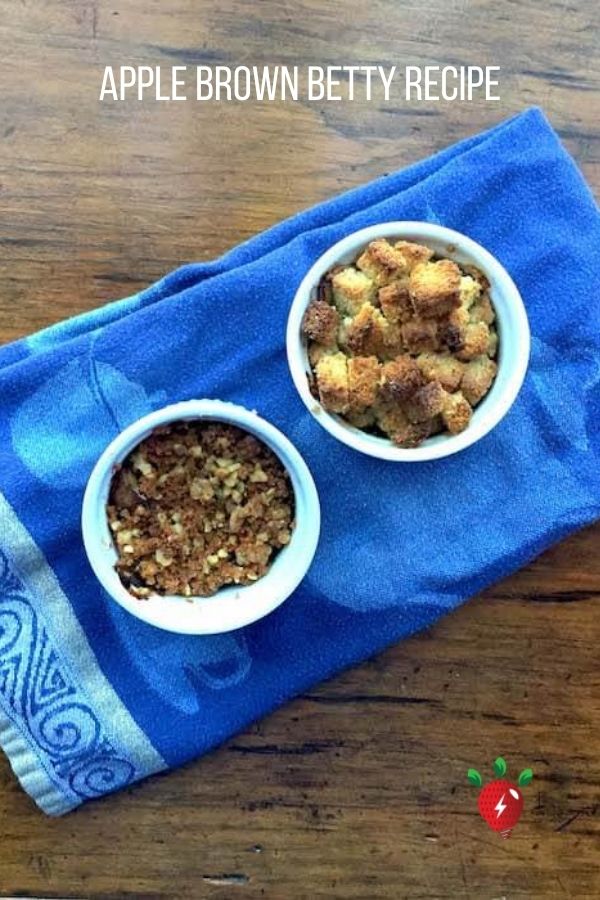 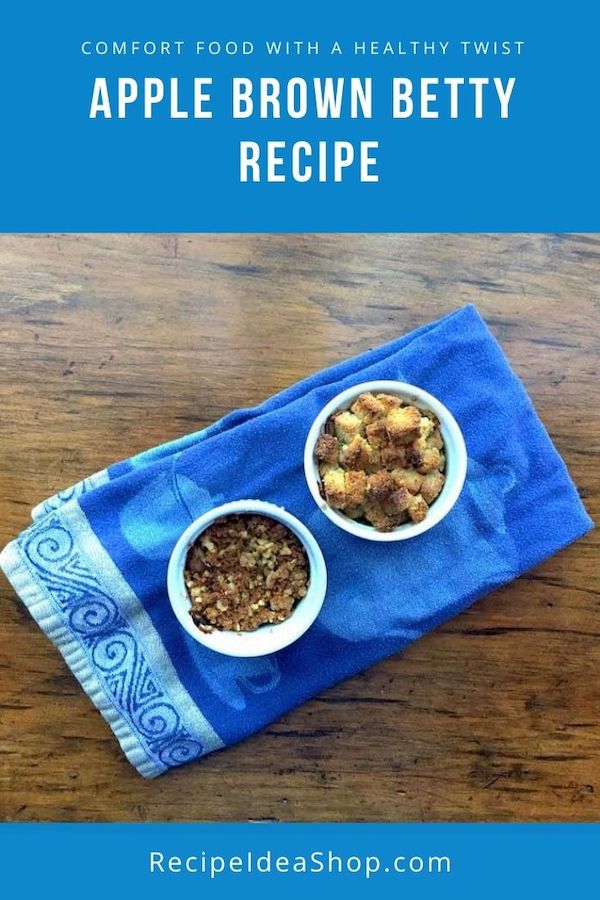 Apple Brown Betty is a simple Colonial US recipe. President Reagan loved it. Do you? 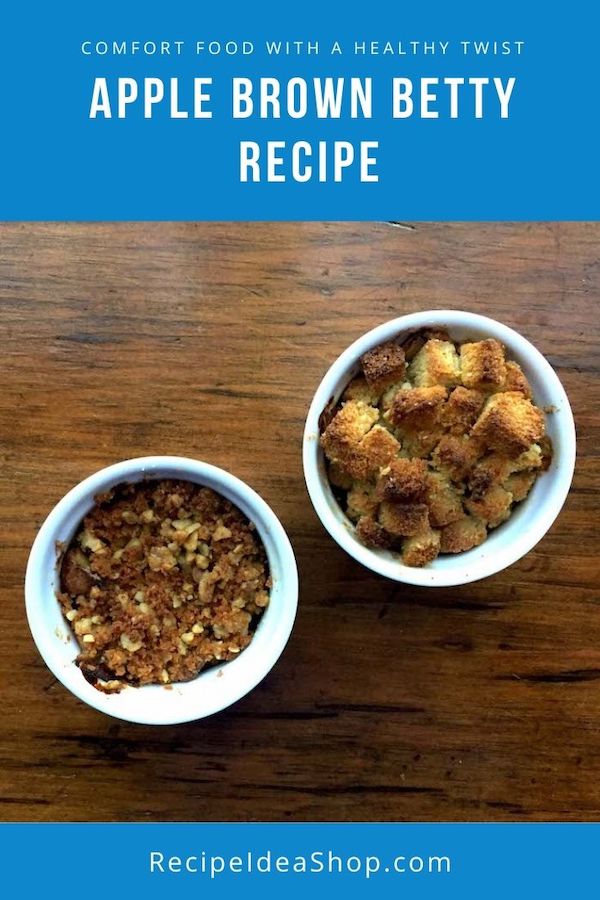 Apple Brown Betty, like apple pie without the crust.