Twice Baked Potatoes. They look difficult, but they really aren't that hard. There's a trick to it, though. 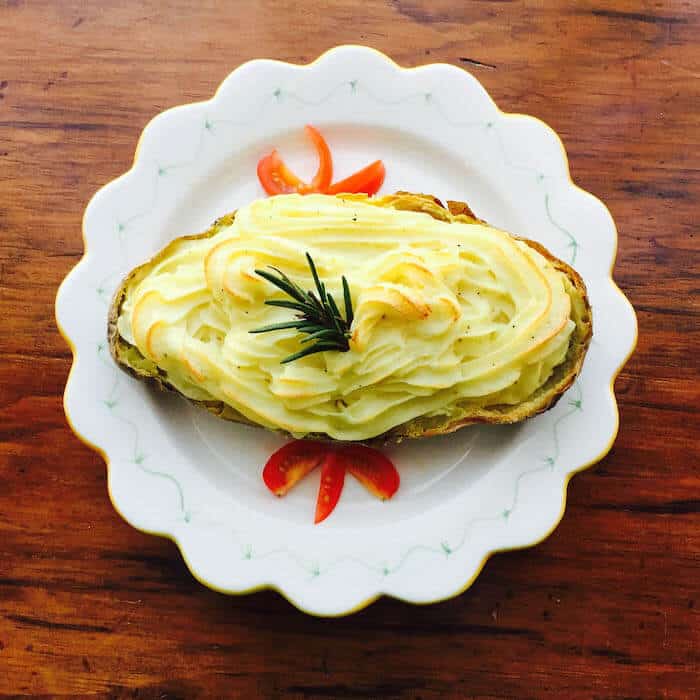 Hi. It's Lois at Recipe Idea Shop, talking about Twice Baked Potatoes. I have always thought Twice Baked Potatoes are a truly decadent way to eat potatoes. However, until recently, I had never made them. They seemed somewhat intimidating. But I found out they aren't that hard...after I messed it up the first time.

Don and I had some friends over for supper last weekend and I decided to give Twice Baked Potatoes a try. I messed them up the first time, waiting too long until I whipped them and also adding too much cream. So they were lumpy and very starchy tasting. Some potatoes have more starch than others. I used good, russet baking potatoes for my recipe and this type of potato contains more starch than some others.

I had under-baked the potatoes a bit, and then I waited about 45 minutes before I cut them and removed the insides to make the mashed potatoes. Even though I warmed them up before whipping them, I could not get rid of the lumps. And the longer I whipped them, the more sticky and starchy they got. They were okay, but not delicious.

The second time around, I made sure to completely bake them until they were soft and I began the whipping process within about 10 minutes of taking them out of the oven. This worked so much better!

I also riced them before mashing, which is a great way to prevent lumps. I used a ricer that looks like this:

The Twice Baked Potatoes that I served to my guests were perfect. I simply made Mashed Potatoes from the Baked Potatoes, then put the whipped potatoes back in the skins. I used my Super Shooter cookie press to make them pretty, using the decorator tip, but I think it would be much easier to use a pastry bag. A pastry bag would be easier to fill. 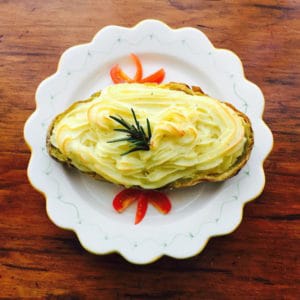 Do you know the trick to making Twice Baked Potatoes?