Cinnamon Crumb Coffee Cake might just be your new "go to" breakfast cake. It's THAT good. 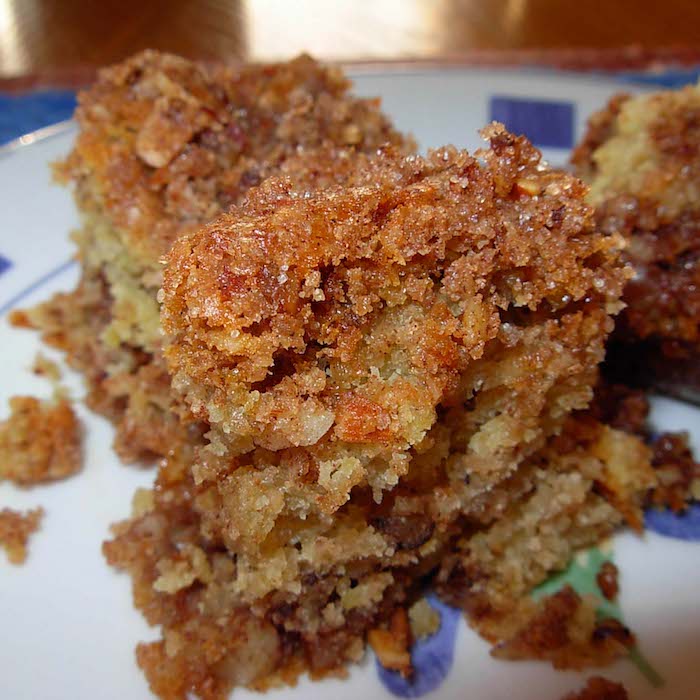 You remember May is "Eat Dessert First Month," right? Well, start your day with this Sour Cream Cinnamon Crumb Coffee Cake for breakfast! It's yummy. Yummy. Yummy. I love this coffee cake! And it's easy to make. But you don't want to eat it too often. It is loaded with fat and carbs.

Many years ago I found this terrific Cinnamon Crumb Coffee Cake in a cookbook by daughter Erin gave me, The Candle Cafe Cookbook by Joy Pierson and Bart Potenza with Barbara Scott-Goodman. In fact, I think this is the best coffee cake I have ever eaten. The cookbook inspired Don and me to go to the restaurant Candle 79 in NYC when we visited. Super food.

Since I never follow a recipe exactly as it is written, this time was no different. All the recipes in the cookbook are vegan, but I wanted to use the "real stuff" instead of the vegan substitutes. I will give you my version and the vegan alternative so you can make it whichever way you prefer.

You will need measuring cups and spoons, an electric mixer, and a cake pan. But what you really want is a great cuppa coffee with your cake, right? 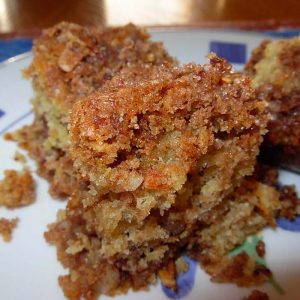 Keyword cake, Cinnamon Crumb Coffee Cake, coffee cake
Tried this recipe?Let us know how it was! 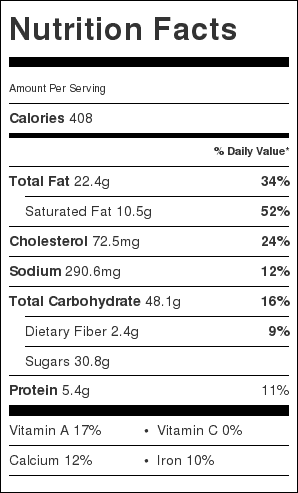 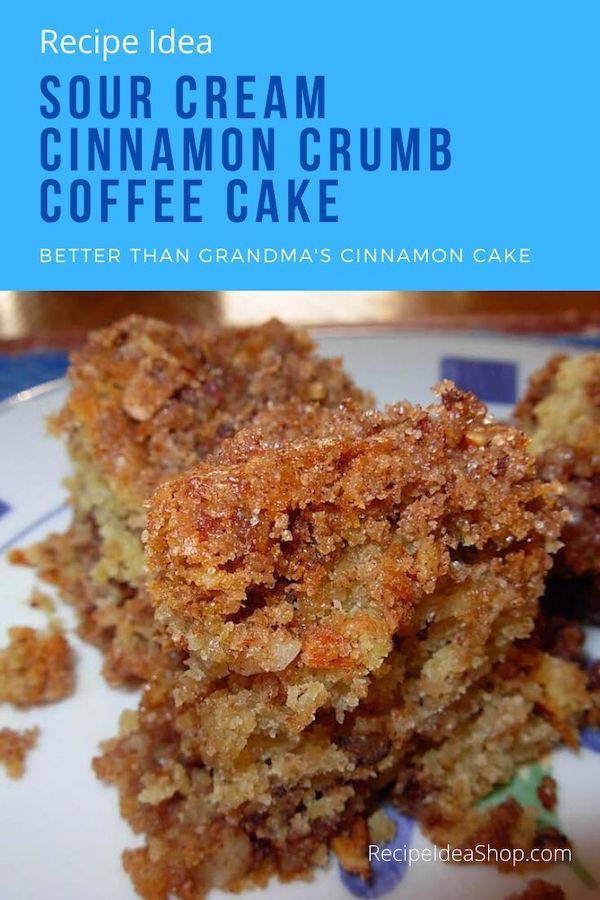 Cinnamon Crumb Coffee Cake is so stinkin' good. You know you want this.