Gluten Free Cornbread is super good and has great texture if you use just one trick. It's moist and flavorful, and waiting for your butter and honey. 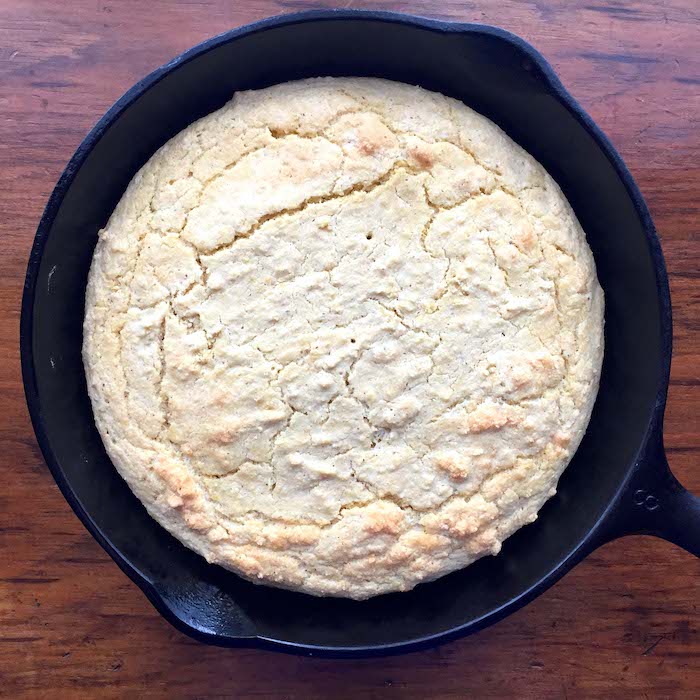 Cornbread is one of my favorite breads. It's quick to make, moist and always delicious. And this Gluten Free Cornbread recipe is no exception. Working with gluten free flour can have its challenges. Often, it doesn't rise properly. But I discovered one trick that makes all the difference. It's the same trick I use when making Gluten Free Waffles (which are my absolute favorite waffles). 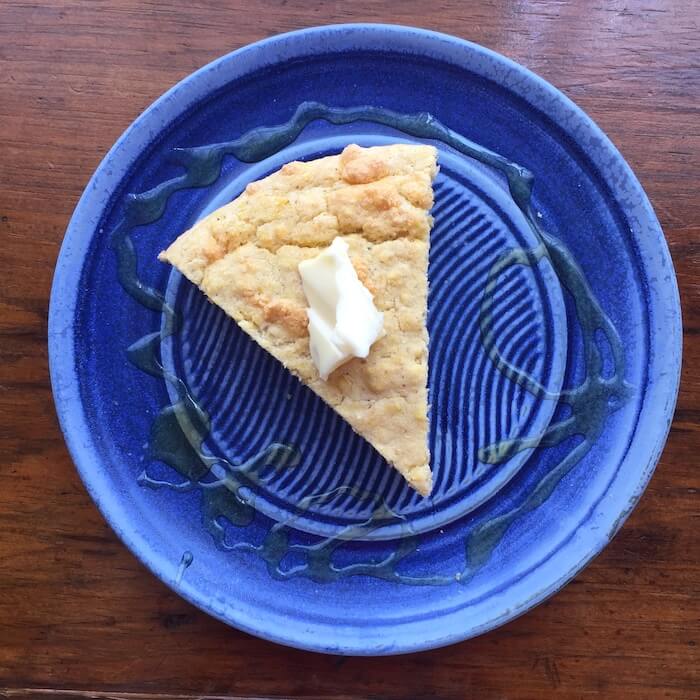 Separate the eggs and add the yolks in with the other liquids, mixing until the batter it thoroughly blended. Then whip the egg whites until stiff, folding them in at the end. This will add more air to the cornbread and it will rise perfectly. You'll get closer to the right texture with this method. 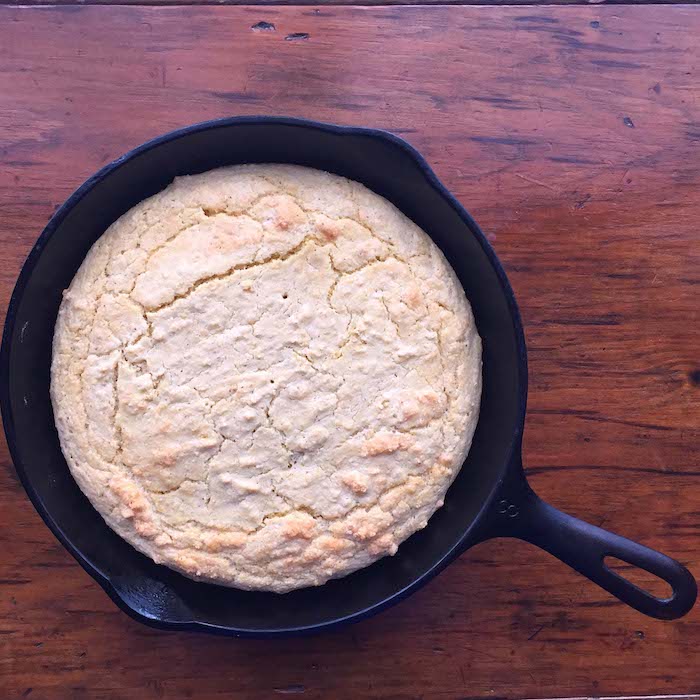 Whip the egg whites for a fluffier texture.

If you don't use this handy trick, no worries. Your cornbread won't rise as much, but the top will be nice and crispy and it will still taste wonderful. Take a look: 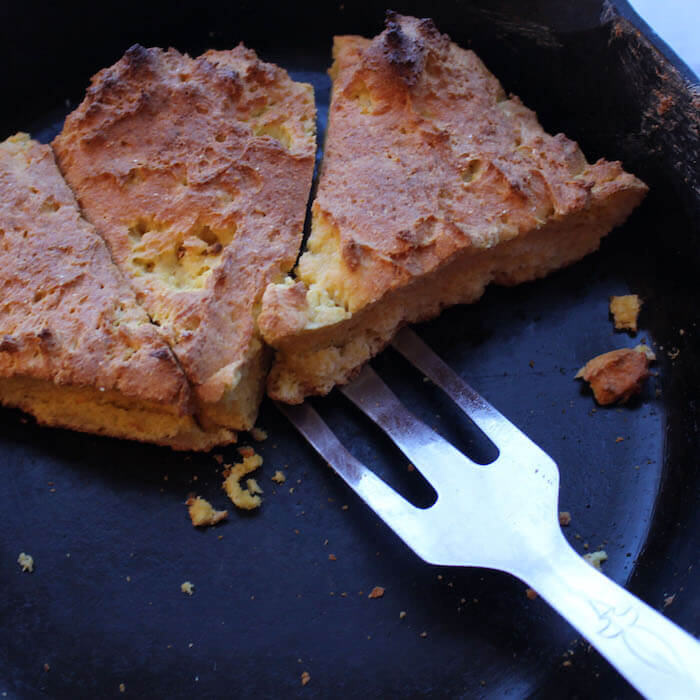 Gluten Free Cornbread with a crispy top. It's all in how you add the eggs.

The cool thing about gluten free is that you can create it so it has a few more peaks in the top, which only increases the flavor and delightful texture when it browns.

You will need measuring cups and spoons, an electric mixer, a bowl and a pan in which to bake the cornbread. I like to make cornbread either in a seasoned cast iron skillet or a cornpone pan. What do you prefer? 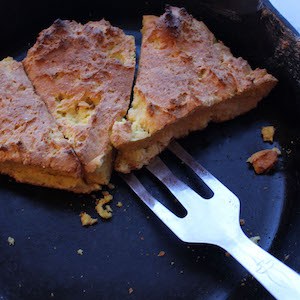 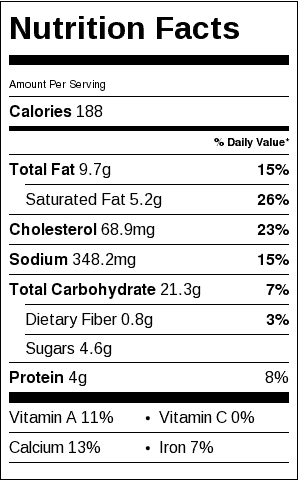 Gluten Free Cornbread Nutrition Label. Each serving is about 2" x 5" or ⅛ the "pie." 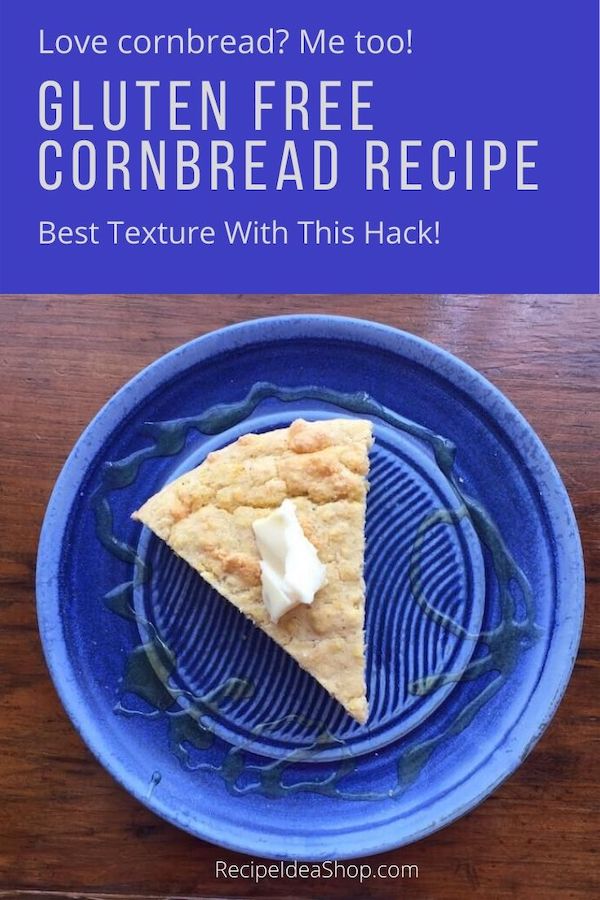 What's the trick? So simple and this Gluten Free Cornbread is super good. Don't tell anyone it's GF. They won't know. 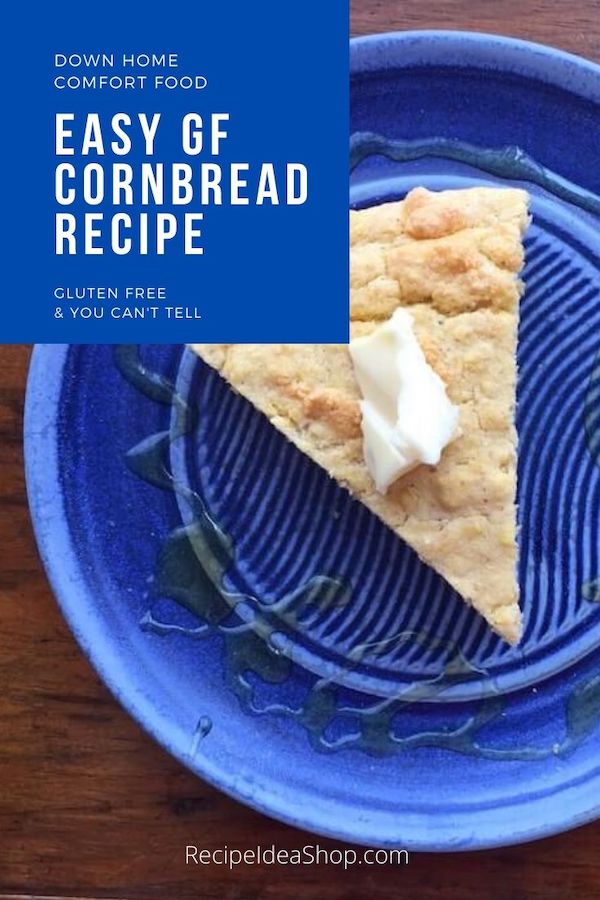 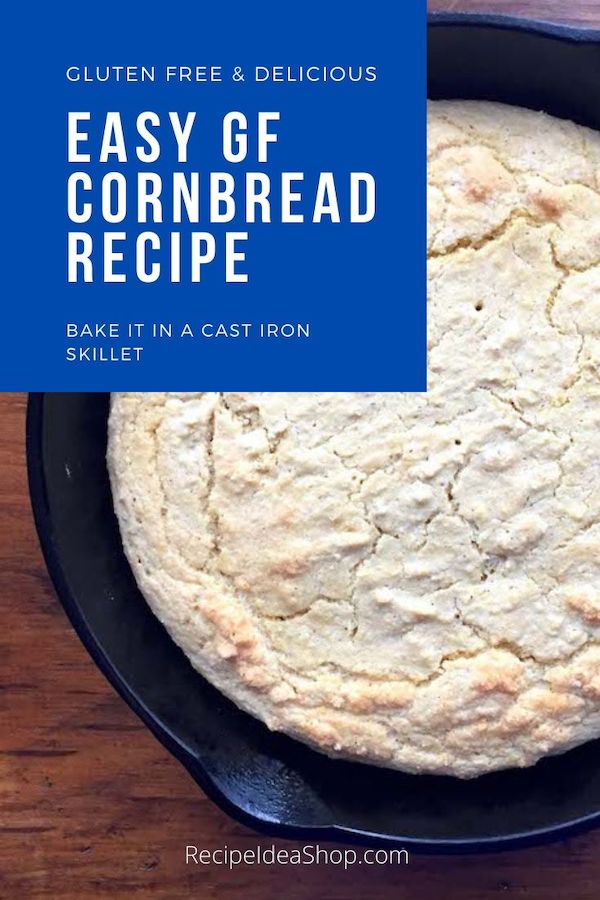 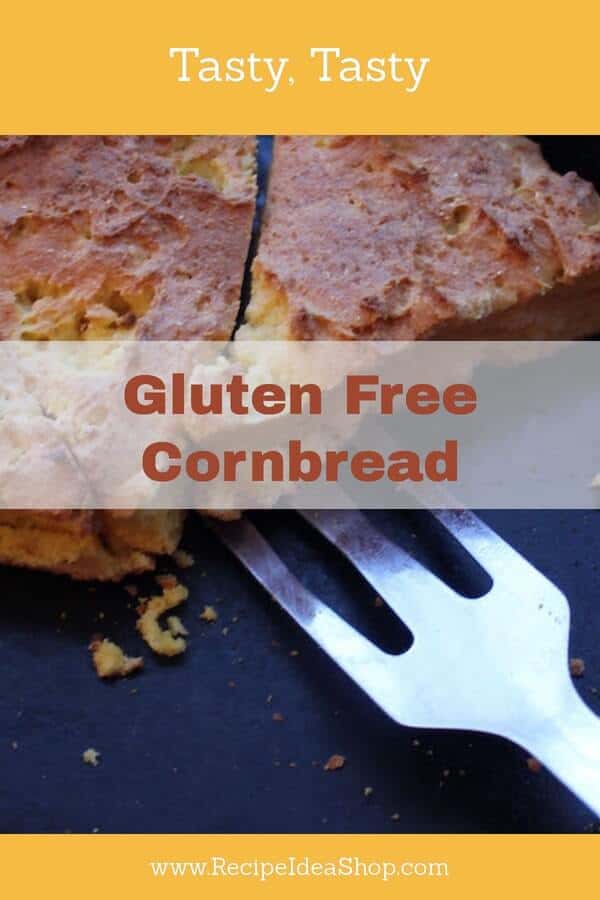 Delicious Gluten Free Cornbread. Tell your family it's gluten free and there will be more for you!