Eggplant Chickpea Spiced Quinoa. A bit sweet and so tasty. Terrific for any meal. Add an egg for breakfast. 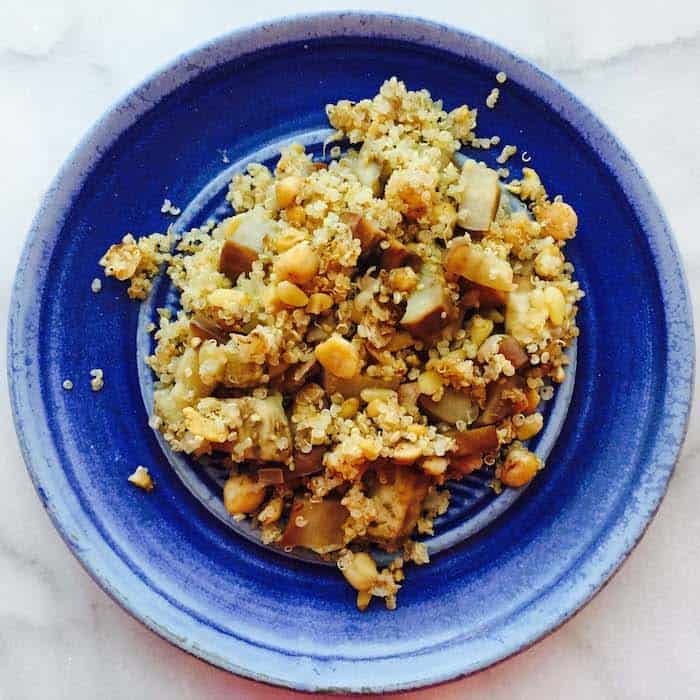 Eggplant Chickpea Spiced Quinoa, good alone or with an egg on top.

Hi, it's Lois at Recipe Idea Shop, telling you about an awesome new recipe using eggplants, chickpeas and quinoa. It's so good I had it for supper last night and brunch today!

Robin Robertson's Chickpea and Eggplant Kibbeh from her cookbook, Vegan Planet (affiliate link), inspired this recipe. Robin's recipe is made with bulgur wheat, which I avoid because I don't eat wheat, so I substituted quinoa. I made a few other changes as well, including adding garlic. I'm sure Robin's recipe is super good because all her recipes are amazing.

Don and I found this meal to be satisfying, delicious and filling. And it's vegan. You don't even miss the meat. It is flavorful and a wee bit sweet from the cinnamon and allspice. I loved it.

This would be an excellent dish to take to a potluck supper. Serve it as a main dish entree or a side dish. We had a simple Crunchy Sweet Spinach Salad with it. What a delightful meal.

I liked it so much I had it for brunch today with an egg on top. Oh, my! That was outstanding. When you try it, be sure to comment on the recipe. 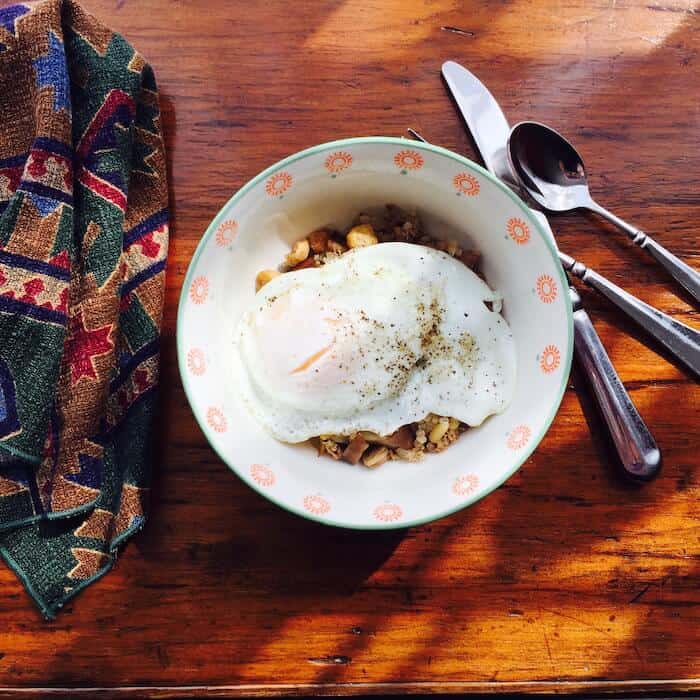 Eggplant Chickpea Spiced Quinoa with an egg on top, terrific for breakfast.

Although you layer the ingredients and bake it for 30 minutes, there is nothing in it to hold it together, so it's more like a warm salad. It would be good served at room temperature as well. SautÃ© the onion, garlic and eggplant and assemble the dish ahead of time to bake later or simply make, bake and eat.

I used a chef's knife, cutting board, measuring cups and spoons, large sautÃ© pan, small covered pot, wooden spoon, and a rectangular baking dish. What would you use? 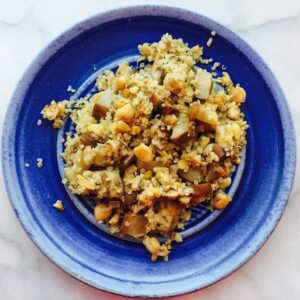 It's super good with a poached or fried egg on top!
Tried this recipe?Let us know how it was! 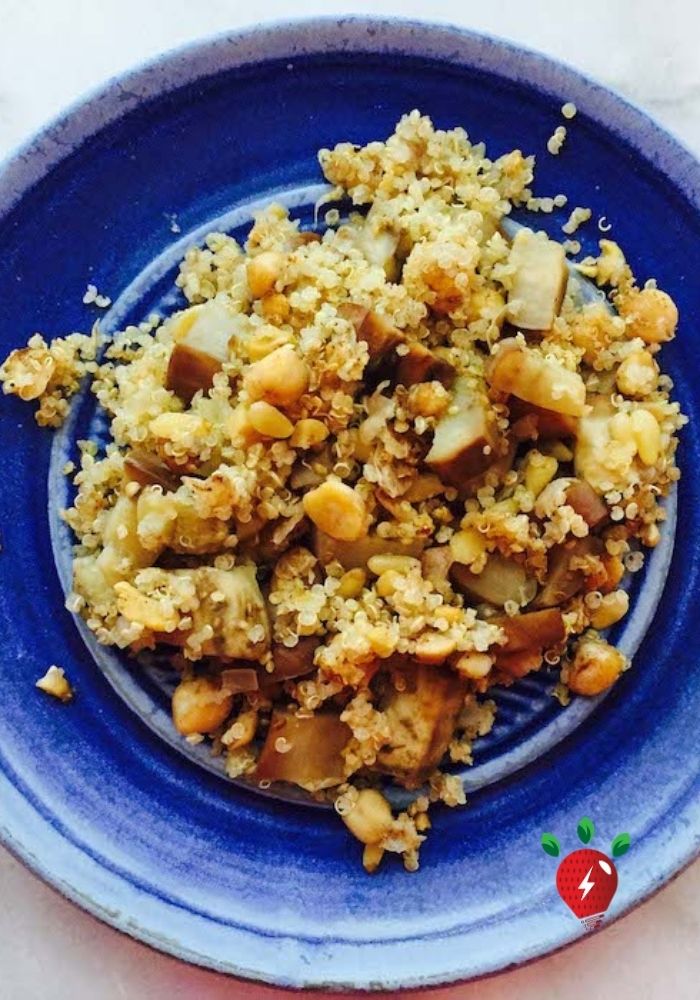 Eggplant Chickpea Spiced Quinoa. Amazing. Try it with an egg on top. 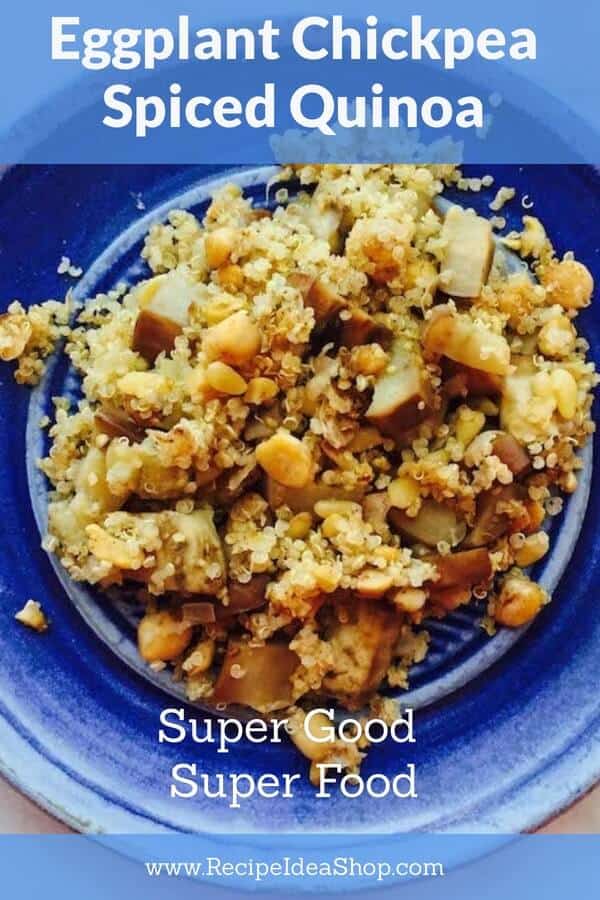