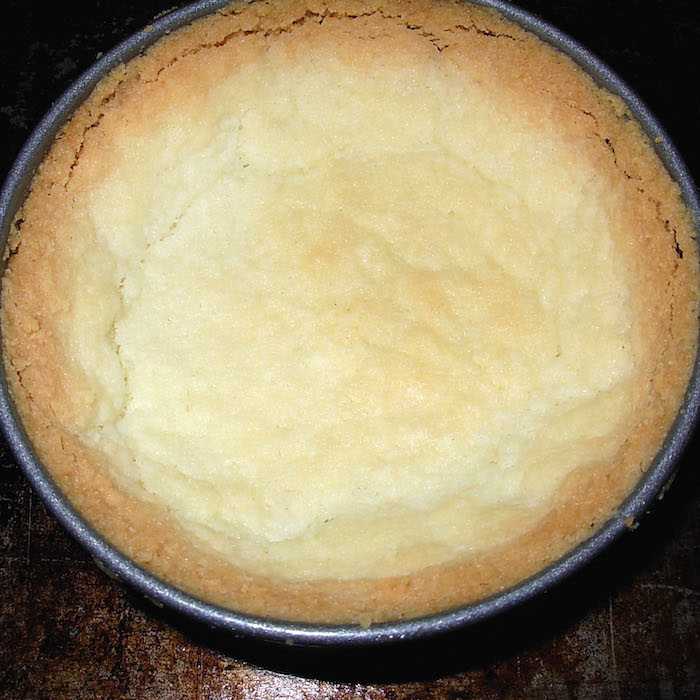 Hi. Don here. Since Lois is on a gluten free diet to reduce some of her aches and pains, I have experimented with gluten free baking. I wanted to make a pie so I converted a shortbread cookie recipe using gluten free rice flour. This is easier than a traditional pie crust because there is no rolling. Just pat it into the pie pan. Really simple. Only 3 ingredients.

We had Friends over to watch a movie and the peach pie—especially the crust—got rave reviews. Did you know you can make a peach pie with canned peaches? Check out my Peach Cream Pie recipe.

You can use this shortbread crust recipe to make shortbread cookies, too. Just pat the mixture into a pan. It should be ¼ inch thick; then bake it for 15 to 20 minutes or so at 350F degrees. It will be golden brown and crispy. When it is done baking, you will want to cut it into pieces while it is still warm (to prevent cracking when cutting).

No special tools are required for this recipe. I used measuring cups and spoons, a mixing bowl, an electric mixer, and a pie plate. If you intend to make pies, you should get a pretty pie plate. 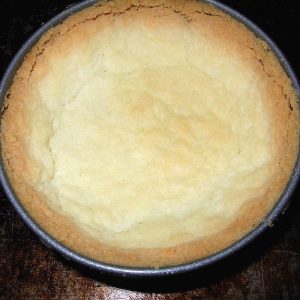