Hamburger Potato Carrot Hotdish is a hearty stew with a milk gravy base. So tasty and filling. 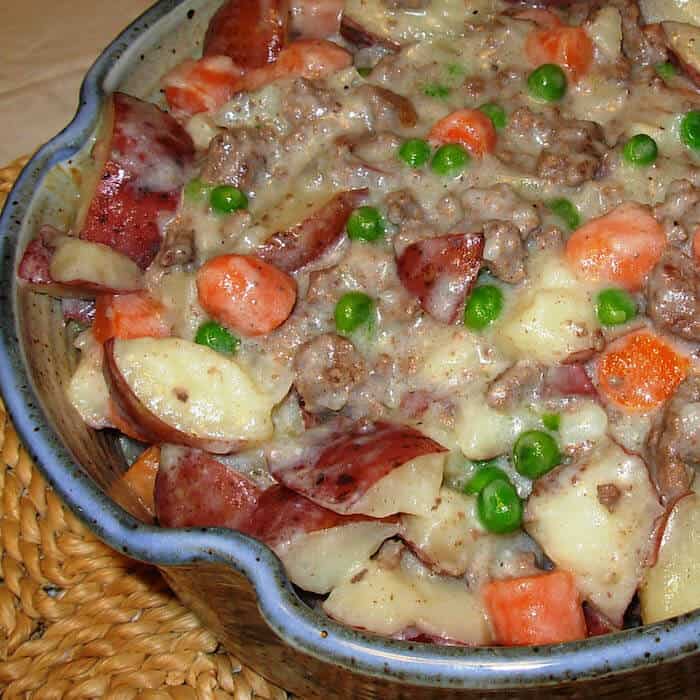 Hi. It's Lois in the kitchen at Recipe Idea Shop, talking about Hamburger Potato Carrot Hotdish. Since it has turned colder here in Virginia, and Thanksgiving is behind us, I say it's time for some comfort food from my childhood! The name, like many of the concoctions my mother made, does not have a creative name. Mom always named her recipes simply by the names of the foods included.

This recipe was always a favorite of mine as a child, and my children liked it too. It is a thick stew that is best served in a bowl. I have taken it to potluck dinners, and everyone always likes it. My mom made it with canned potatoes and canned carrots, but I like it better when these ingredients are cooked fresh. I prefer my carrots cooked a bit crisp, not mushy the way canned carrots can be. It has a milk gravy base and is OH! So tasty.

Hamburger Potato Carrot Hotdish is high in fat due to the hamburger and milk fat. Of course, you can lower the fat content by using ground turkey and low-fat milk. It pairs nicely with a Green Salad and a piece of fruit, which would likely entice you to eat a smaller amount of Hamburger Potato Carrot Hotdish, saving you some calories and reducing the fat, too. The serving size listed is about 1-½ cups. 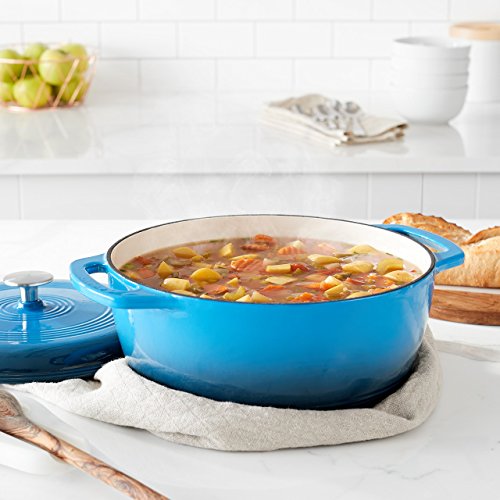 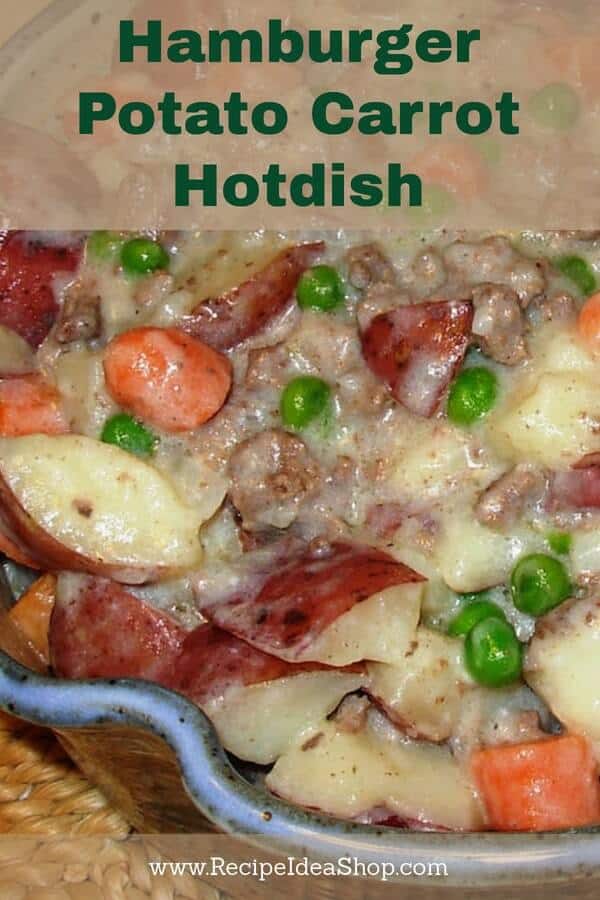 « How to Make Gravy
Pizza Burgers »