Make a Flaky, Homemade Traditional Pie Crust. No need to buy one. Just 5 ingredients, and you probably have them in your kitchen. 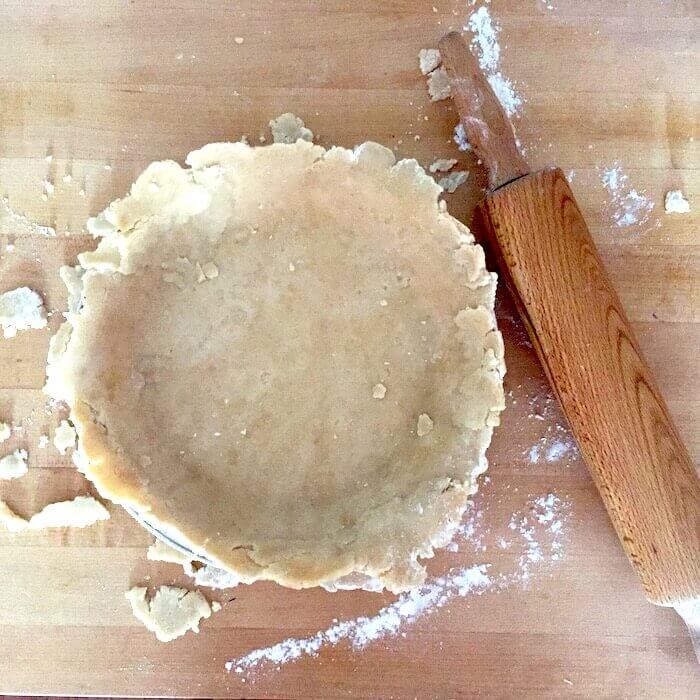 Make your own Traditional Pie Crust.

Learn how to make a Traditional Pie Crust.

Don here. I'm the pie maker in the family. It's easy and once you get the hang of it, you won't even need a recipe. I make mine from scratch without the recipe. Making a good pie crust is one recipe I highly recommend you master.

For Fruit Pies, Bake the Crust and Pie All At Once.

This recipe covers making two Traditional Pie Crusts for a fruit pie, such as a Blueberry Pie (pie and crust are baked at the same time), or two pie crusts to use in two open-faced pies. With Thanksgiving right around the corner, I am making a few pies, including two Pumpkin Pies, which use one crust each and you don't prebake the pie crusts. 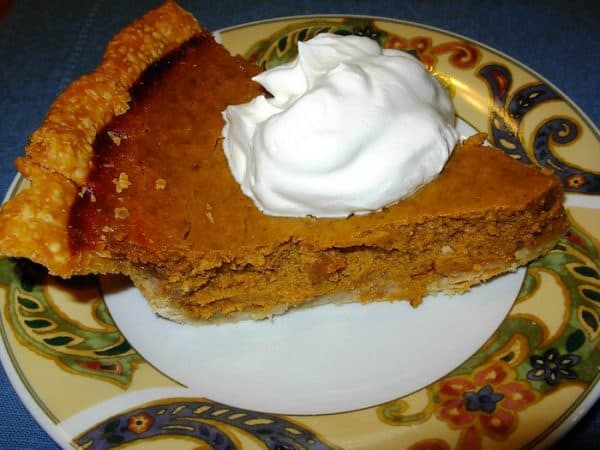 Bake the Crust First For a Cream Pie.

There is a short variation in the recipe regarding how to make a Traditional Pie Crust for an icebox pie, such as Lemon Meringue Pie, which you do need to prebake. 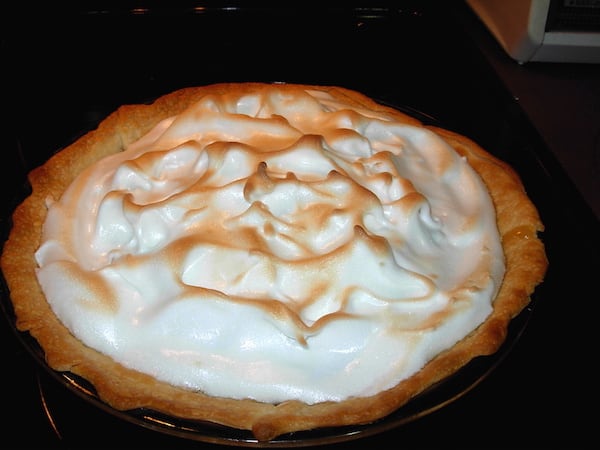 The picture below shows the Traditional Pie Crust, ready for crimping the edges. For an unbaked pie like Lemon Meringue, prick the crust a few times before baking. Add pie weights or beans to maintain shape. 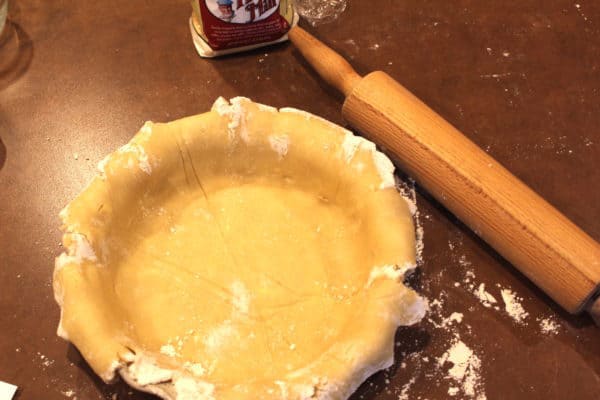 For Pumpkin Pie, however, you just fill it and bake it with the filling. (Only one crust, and no pricking.)

For easy pie crust making a good food processor makes your life simple. You will also need measuring cups and spoons, a rolling pin and a pie plate. Get yourself a pretty pie plate and some fun dessert plates. 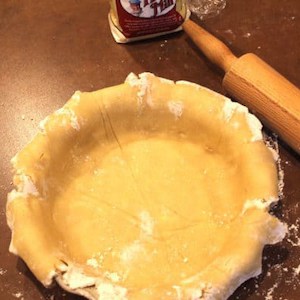 Making the dough only takes about 15 minutes, but you have to refrigerate it for at least one hour before rolling it out.
Tried this recipe?Let us know how it was! 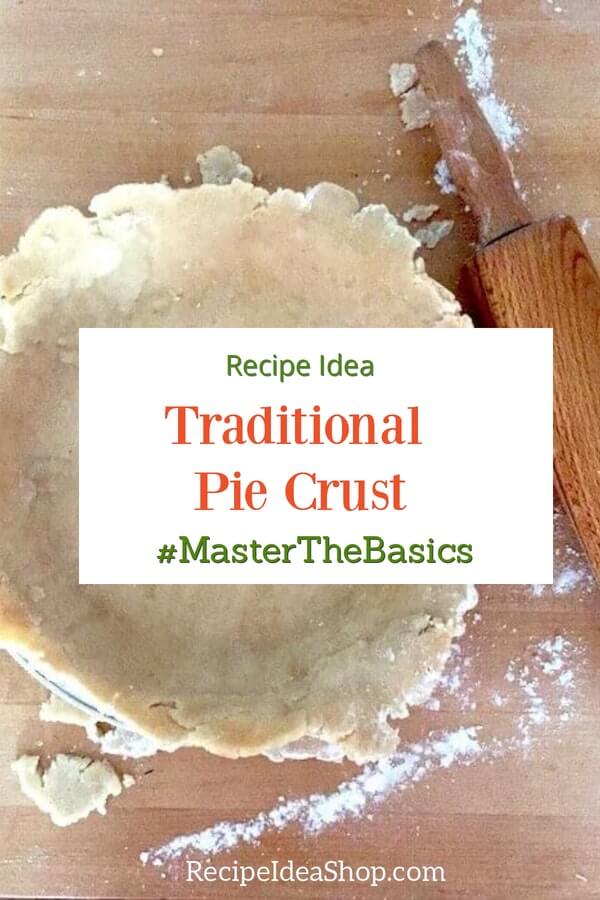 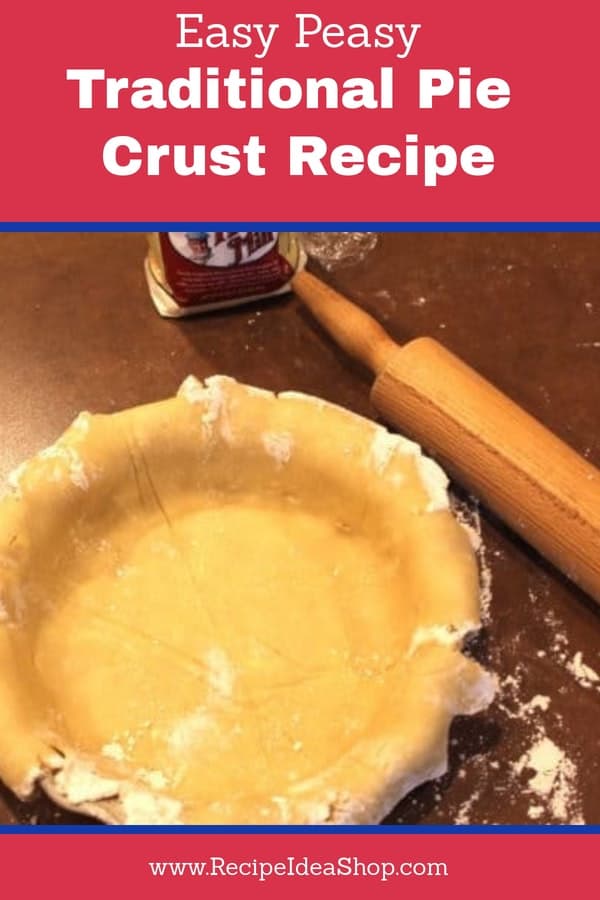