Hi, it's Lois, telling you about my Gluten Free Cinnamon Almond Coffee Cake, which is based on one of Don's family recipes. Don loves to have Garmer's Coffee Cake on Christmas morning, but since I found out I have to avoid gluten, I have been converting our recipes to gluten free. 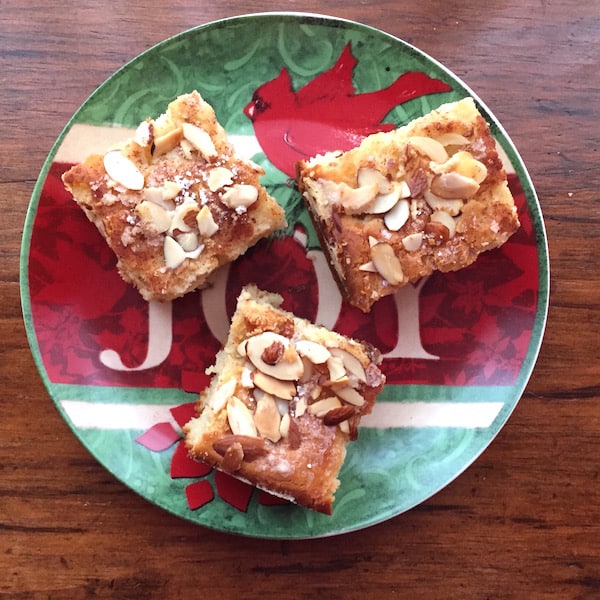 This coffee cake is pretty simple to make, but it does involve yeast and letting the dough rise. The good thing about baking with gluten free flour is that you do not have to do a double rise; in fact, it will totally bomb if you do! 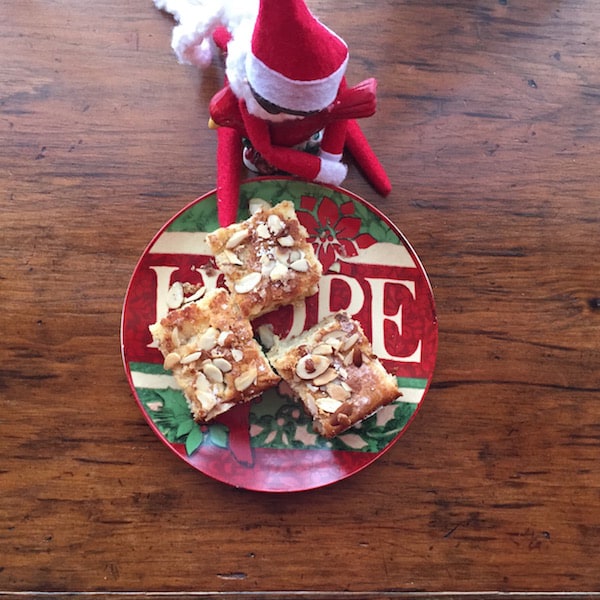 It seems more and more people are discovering they are allergic to gluten. My first husband had a severe case of celiac sprue when he was a kid. He thought he grew out of it when he became a teenager, but in his 40s he learned that he was still allergic to gluten (and therefore, wheat, oats, barley, etc.). It's tough when your favorite meal is a hamburger on a bun! I had no idea what gluten was when I was married to him. And I no longer cook for him, but since others around me are allergic to gluten and I am quite sensitive to it, I generally cook and bake gluten free.

Our Gluten Free Cinnamon Almond Coffee Cake turned out beautifully. It was tasty and had just the right texture. It's easy to bake it too long so be careful and take it out about 3-5 minutes before you think it is done. That is, if there are one or two crumbs clinging to the toothpick tester, it's done! Take it out of the oven or it will be dry. 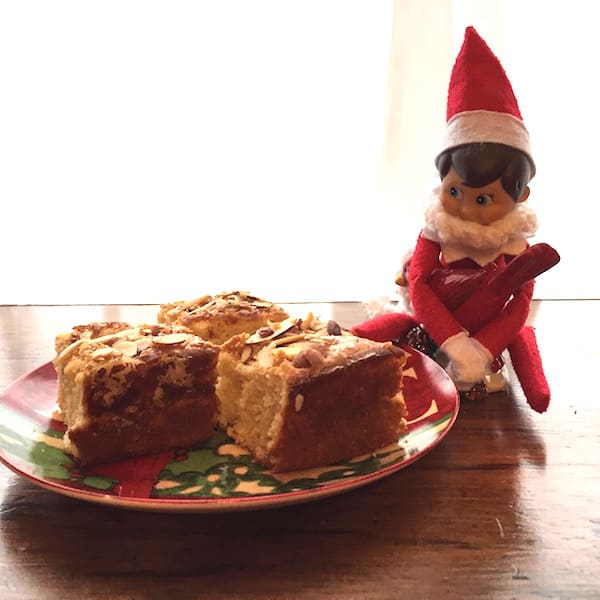 This recipe, the standard version, of course, is my current husband's favorite coffee cake. We have it every year on Christmas morning. He calls it Garmer's Coffee Cake. This is delicious just as is, especially warm, but we tried it with Don's Homemade Chocolate Sauce on top and that was really good. Then again, I think chocolate makes just about anything better!

Gluten Free Cinnamon Almond Coffee Cake freezes well. To freeze, when cool, remove it whole from the pan. Wrap it in foil. Then wrap it in plastic and put it into a heavy freezer bag. Remove the freezer bag and plastic wrap and place it in a 350F degree oven for about 20 minutes if it is frozen (or about half that time if it has thawed). It also ships well so you can bake one and send it to family and friends.

You're gonna wanna eat this. 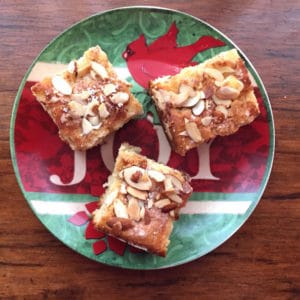 NOTE: The total recipe time to "cook" includes 45 minutes extra because the dough/batter needs to raise to double in size.