French Green Lentils. The best ones to use for salads or warm entrees. Soups, not so much. You will want lentils to be softer in soup, so use the brown, red or yellow ones. 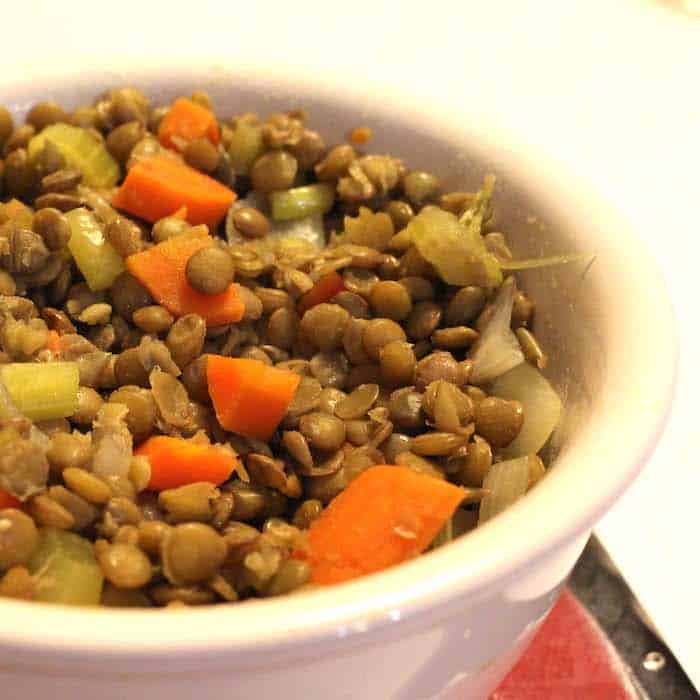 Hi. It's Lois in the kitchen at Recipe Idea Shop, giving you some tips on lentils, particularly French Green Lentils.

A few years ago, our good friends, Marky and Ed Trinkle gave Don and me a terrific French cookbook by Dori Greenspan, Around My French Table, for Christmas. I love the French Lentils recipe in the cookbook.

Get the Right Lentils

But first, you have to make the lentils!

French Green Lentils are small and hold their shape.

There are many kinds of lentils, but I personally like French Green Lentils best. They are tiny and remain firm if you don't overcook them. Other kinds of lentils tend to easily become mushy, and that's okay for some recipes. Many Indian or Pakistani recipes, for instance, use red lentils for their softer texture.

I wrote up this recipe the way Dorie Greenspan says to make the lentils. The broth makes them very flavorful.

However, I prefer to chop the veggies (except the onion) and toss them in at the beginning to avoid having to chop them when they are hot. Either way, trust me, you're gonna wanna eat these lentils. 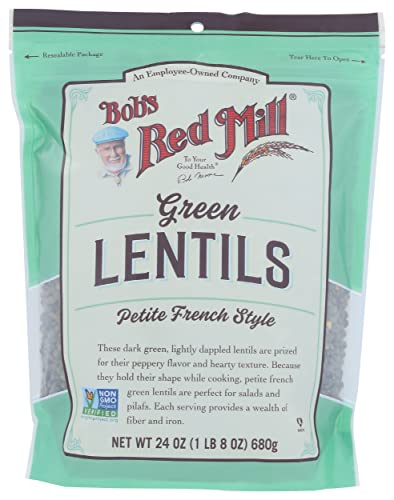 Adriana
French green lentils are small and green. They take less time to cook than other lentils, and when you cook them, they don't become mushy. If you cook them in broth instead of water, they take on a much deeper flavor.
No ratings yet
Print Recipe Pin Recipe
Prep Time 10 mins
Cook Time 25 mins
Total Time 35 mins
Course Main Course
Cuisine French
Servings 4
Calories 208 kcal 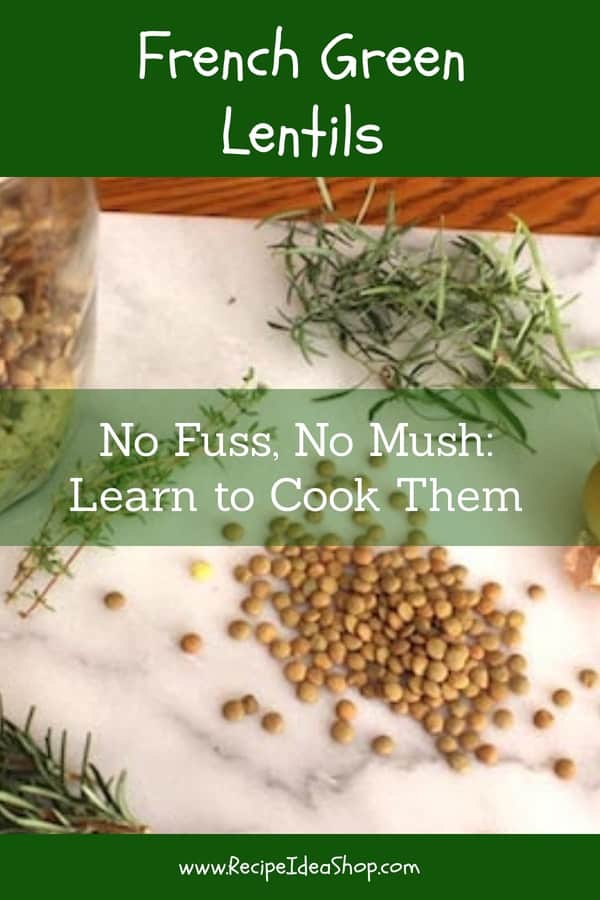 French Green Lentils stay firm when you cook them. This makes a HUGE difference in a salad.