How to Make a Fried Egg. Anyone can do it, even kids. It's a good basic breakfast. 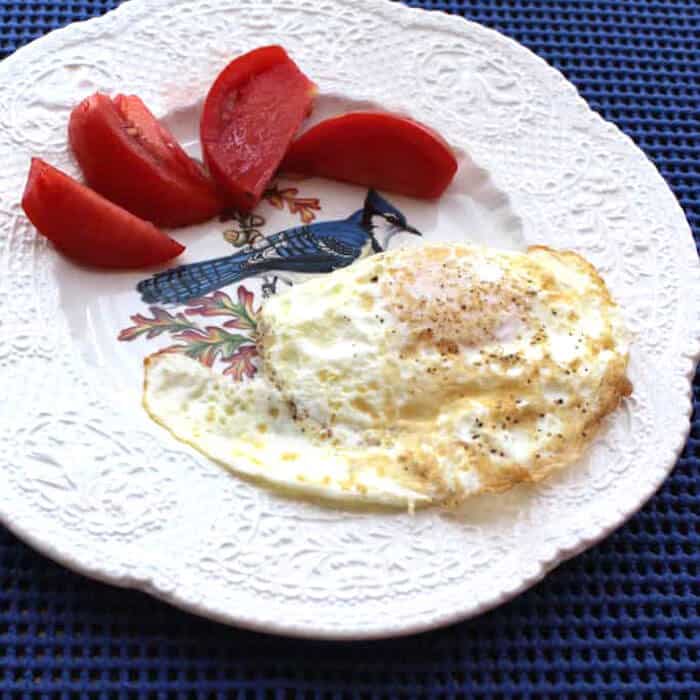 How to Make a Fried Egg

Hi. It's Lois in the kitchen at Recipe Idea Shop. One of the first things I learned to cook when I was a child was a Fried Egg. I believe I was about 6 when I started making eggs for my brother and myself.  I have always liked them "over easy," but my brother liked it when I just splashed the oil over the top of the egg until it was entirely cooked, that's called a "basted egg." There's less chance of breaking the yolk if you use this method. My niece/daughter Veronica, however, likes hers "over hard," meaning the yellow part (yolk) is cooked hard all the way through. She hates the runny yolk (over easy), which I think is the best part! 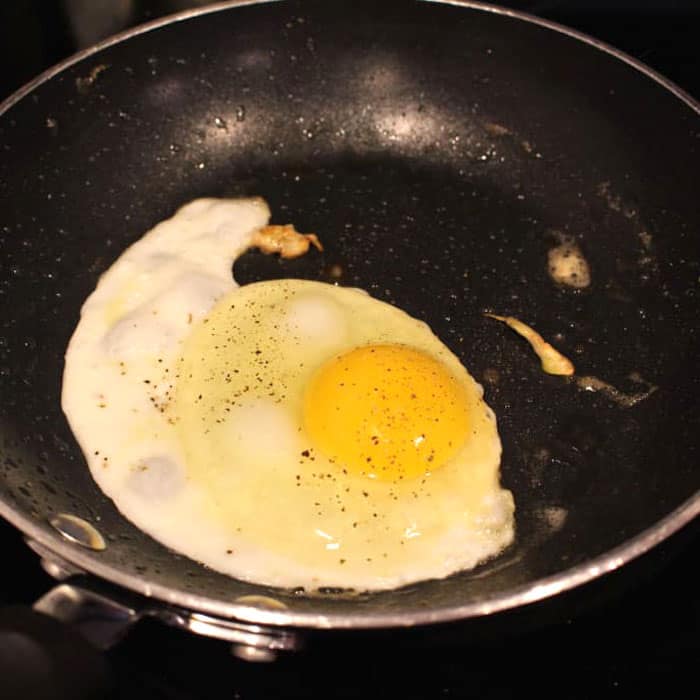 We often made bacon in the pan and then used that grease to fry the egg, but my favorite cooking fat for eggs is butter. Today, I use olive oil or Pam cooking spray. I also prefer to add salt and pepper as the egg is frying instead of at the table. Don generally forgets this when he makes eggs. I suspect he doesn't like salt on his eggs, but to me, an egg is SO much better with a tad of salt.

I use this same method if I am making a Fried Egg Sandwich, except that I break the yolk to make sure it cooks hard. More on that another time.

How to Make a Fried Egg Recipe 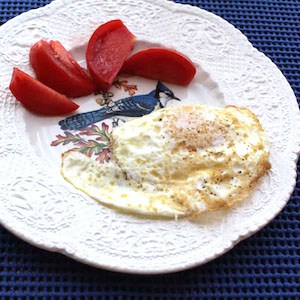 How to Make a Fried Egg

Sunny Side Up Egg

How to Make a Fried Egg Nutrition

Fried Egg Nutrition Label. Each serving is one egg.

Learn the basics: How to Make a Fried Egg.