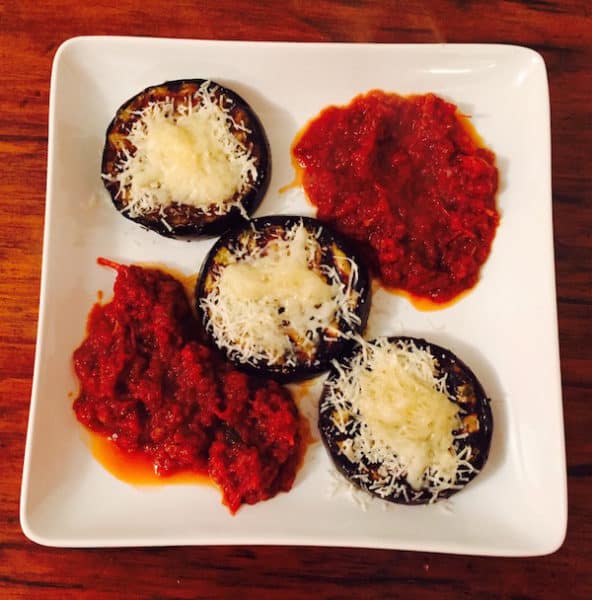 Eggplant is terrific when it is cooked right. I love it in Baba Ganooj and Ratatouille, but I am usually not a fan of Eggplant Parmesan because most restaurants make it mushy and they cover it in sauce and cheese. In this simple recipe, I skipped the sauce and used only a little Pecorino Romano (shredded) for a bit of added flavor. In the past, Don has grilled it on the gas grill outside, but over the weekend, I used the Cuisinart Griddler and it worked out beautifully. It is healthful and awesome, vegetarian and gluten-free. 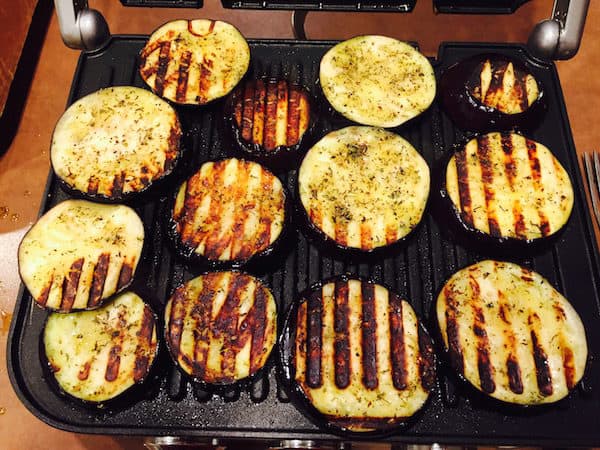 Grill the eggplant on an indoor grill, Griddler,or an outdoor grill.

If you enjoy sauce on your Eggplant, try adding a little Red Pasta Sauce (I make mine in a slow cooker) after you grill it. I'm including the nutrition label for the sauce, as well, with a serving size of one cup. However, in this instance, I would start with ¼ cup for a serving so as not to overwhelm the eggplant. 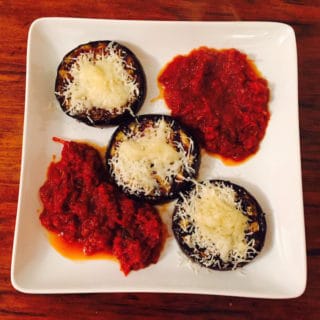 Grilled Eggplant Parmesan Nutrition Label. Each serving is about four slices (does not include sauce).

Slow Cooker Red Pasta Sauce Nutrition Label. Per the nutrition label, each serving is 1 cup, but the recipe recommends ¼ cup, which is only about 18 calories.